“The Squad,” who have appeared to be a favorite group for leftists, have now officially experienced the backlash that comes from supporting an “old white guy” for president.

Democratic Congresswomen Alexandria Ocasio-Cortez, Ilhan Omar, and Rashida Tlaib have all endorsed Sen. Bernie Sanders (I-Vt.) for president, and the Democratic representative from Minnesota was happy to tweet about it.

“Proud to endorse [Sen. Sanders] for President, glad that [AOC] and [Rashida Tlaib] are on board too. It’s time,” Omar posted to Twitter. 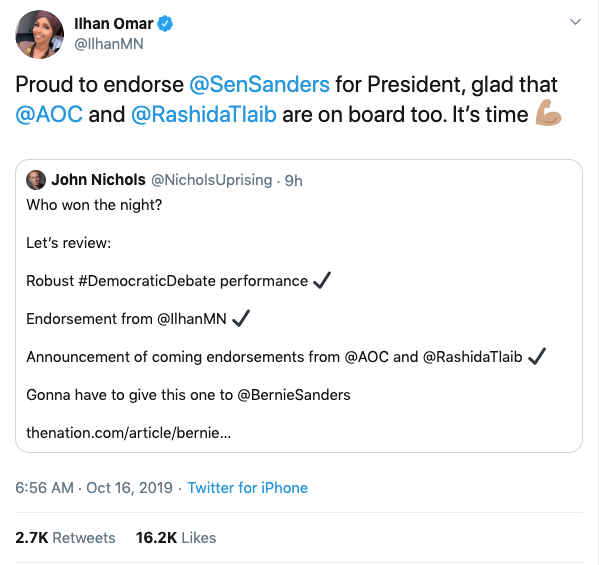 But a lot of Ilhan supporters expressed their disgust with her endorsement, saying that she chose an “old white guy” over putting a woman in the White House.

Here are some responses on The Squad’s "hypocritical" decision to endorse the Independent from Vermont: 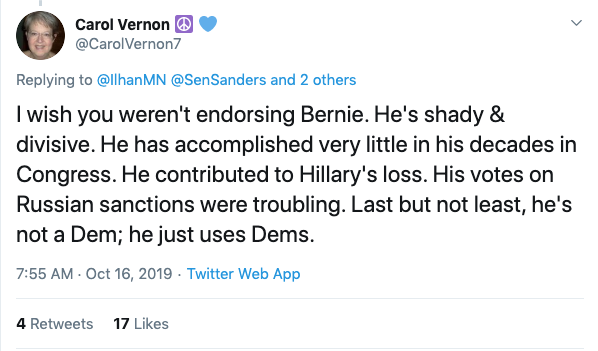