It’s June 1st, which means that sports leagues across the nation can officially gush about celebrating Pride Month.

Predictably, the MLB and NHL have changed the logos on their social media pages to include all the colors of the LGBT flag (because no made-up community should be left behind). 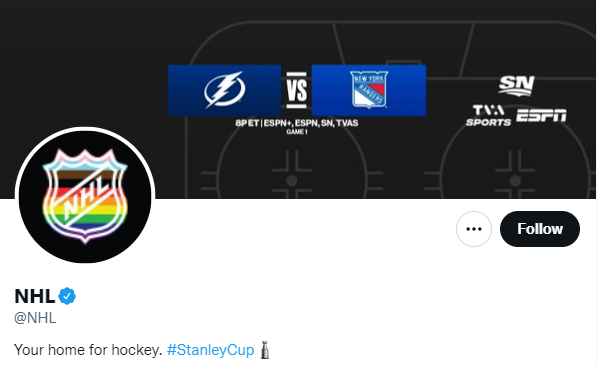 Surprisingly, the NBA has yet to follow the MLB and NHL’s example. But what the NBA lacked in showing support for the LGBT community, the NFL made up for in spades.

Not wanting anyone to forget just how much they adore the gay agenda, the NFL posted this on all their social media platforms.

Nothing like seeing that in your feed first thing in the morning.

Prepare for more of this in the upcoming days, not just from sports leagues, but from countless businesses, celebrities, politicians, and others for the next 29 days.

Rep. Ilhan Omar whines about media bias against Muslims while speaking at a conference by a group allegedly funded by terrorists. pic.twitter.com/jYwSF3XQck