Speaker Ryan: 'There's a Role for the Gov't in Healthcare, No Doubt' 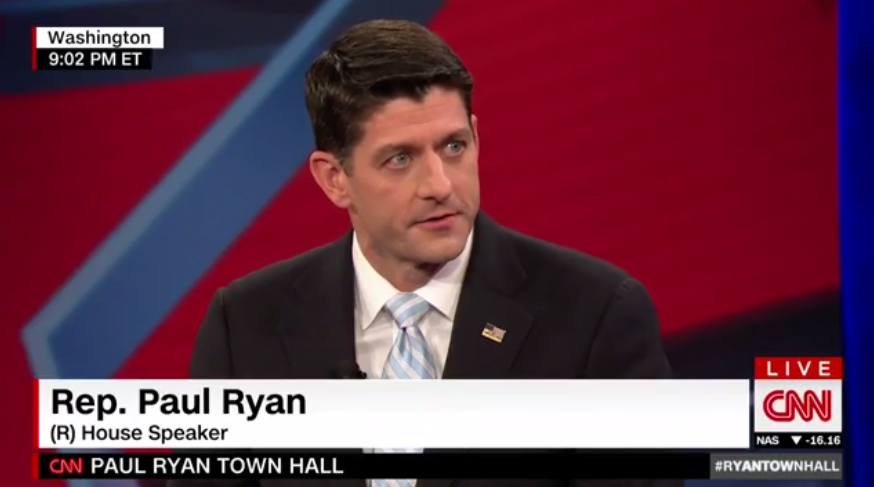 Speaker Ryan said he believes the U.S. can have a system “where everybody can have access to affordable health care, including people with preexisting conditions, no matter how much money they make,” adding that President Obama's signature health care law has “failed on that front.”

“I believe we can and should have a system in this country where everybody can have access to affordable healthcare, including people with preexisting conditions, no matter how much money they make,” said Ryan. “That’s not what this law is doing. This law is failing on that front. And I think there’s a much, much better system that can be put in its place."

“Obamacare came in with all this fanfare and all this promise,” he went on. “Remember, if you like your plan, you can keep it? That was proven the lie of the year.”

He noted that he doesn’t think the government should have to pay for everyone’s healthcare, as “we all have to contribute and be a part of it.”

.@SpeakerRyan: Obamacare is failing; "There's a much, much better system that can be put into place" #RyanTownHall https://t.co/97kamNf0ae

In response to concerns from those with upcoming appointments and ongoing treatments, Ryan told the audience that Congress plans to repeal and replace Obamacare simultaneously.

Paul Ryan: "We want to advance repealing (Obamacare) with its replacement at the same time" https://t.co/fqvjfP1Q69 https://t.co/hVwcBL6I5r

More than six years after the passage of ACA, a large number of low-income Americans still lack coverage - despite being one of President Obama's target populations.