Speaker Ryan to GOP Candidates: Get Your Acts Together Before ‘It’s Too Late’ 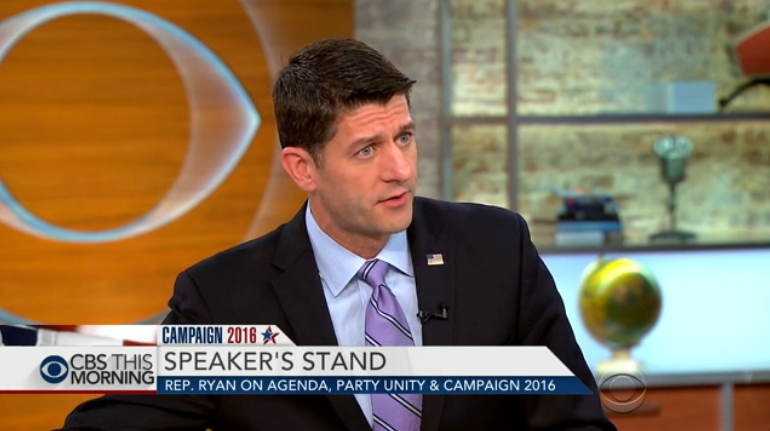 Amid the chaos of the 2016 election cycle, House Speaker Paul Ryan (R-Wisc.) is urging the GOP presidential candidates to get their acts together and start promoting a consistent message for the party before the Republican National Convention in July.

“I learned in 2012 running with Mitt Romney, if you wait until after the convention to all of a sudden get your act together and then produce an agenda in, say, August or September, it’s too late,” he said in an interview on “CBS This Morning” Tuesday. "So my lesson from 2012 is we know who we are, we know what we believe, and we have a good idea of the kind of solutions that are necessary, so let's get on that right now, offer it early... So come November 2016, everybody knows they have two choices to make as Americans."

Ryan went on to say that he isn’t worried about who will become the Republican presidential nominee, but moreso how that nominee will apply the party's conservative principles to real issues facing Americans.

“We’re not worrying about something that is out of our control: who becomes the nominee,” he said. “We’re worrying about – are we taking our principles, applying it to problems so we can offer people real solutions?”

“There are huge issues that we’re not going to get settled with a liberal, progressive president,” he added.