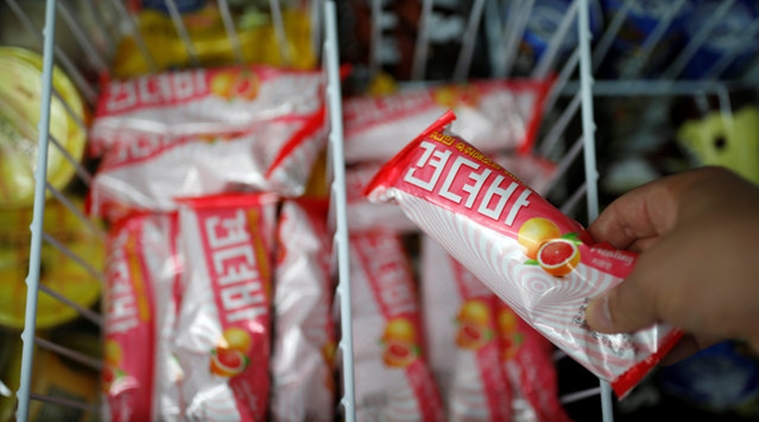 Apparently, the people of South Korea like to drink, a lot.  Studies show that they consume four times more alcohol, on average, than Americans do. But they may have discovered a secret hangover cure that makes it easier for them to get rid of the morning-after headaches that come with alcohol consumption: ice cream.

A new hangover ice cream, called the Gyeondyo-bar, has been introduced to the South Korean market. Gyeondyo-bar is a grapefruit-flavored dessert that contains a small amount of oriental raisin tree fruit juice.

A 2012 study published in the Journal of Neuroscience found that oriental raisin tree extract appears to reduce symptoms of intoxication in rats. Whether it works as well on humans remains to be seen.

The maker of Gyeondyo-bar touts the benefits of the treat, saying its name -- which literally translates to ‘hang in there’ -- "expresses the hardships of employees who have to suffer a working day after heavy drinking, as well as to provide comfort to those who have to come to work early after frequent nights of drinking.”

Sadly, the product is only sold in South Korean convenience stores at the moment, so Americans will not be able to reap the benefits of the anti-hangover confection on tough mornings anytime soon.