Sorry Tesla, This Is The Car of The Future

This is the Mercedes Benz G-Code and it's probably the coolest car to ever be created. I'm not talking in terms of the look of the car, as it may not be the best-looking. In terms sheer technology, this thing is the future. While it's not fully electric like the Tesla Model S, it is a hrybrid with a very impressive twist.

"The Combination of Emotion and Intelligence."

According to a press release from Mercedes Benz found on Autoblog:

The power of two individually controlled drive cores acts in the G-Code. The engine at the front is a compact, state-of-the-art turbocharged combustion engine that runs on hydrogen and solely drives the front wheels. An electric motor drives the rear axle and transmits its power selectively to the two wheels via a dual multi-disc clutch.

The G-Code also impresses with the decentralised generation of electricity. In addition to the by now classic energy intake by means of regeneration or plugin technology, the high-tech "multi-voltaic silver" paint finish also ensures the power supply in the SUC of the future. On the one hand, it acts like a giant solar cell with excellent efficiency. On the other, "multi-voltaic silver" is also charged electrostatically by the relative wind or by the natural wind when the vehicle is stationary. These electrical charges are tapped and likewise used for the methane and hydrogen synthesis. Finally, the special "power on the move" suspension aids in the generation of electricity. Springs and dampers are hydraulic and networked via a central control unit. The rebound of the springs and dampers and thus the flow of hydraulic fluid drives a compact current generator. 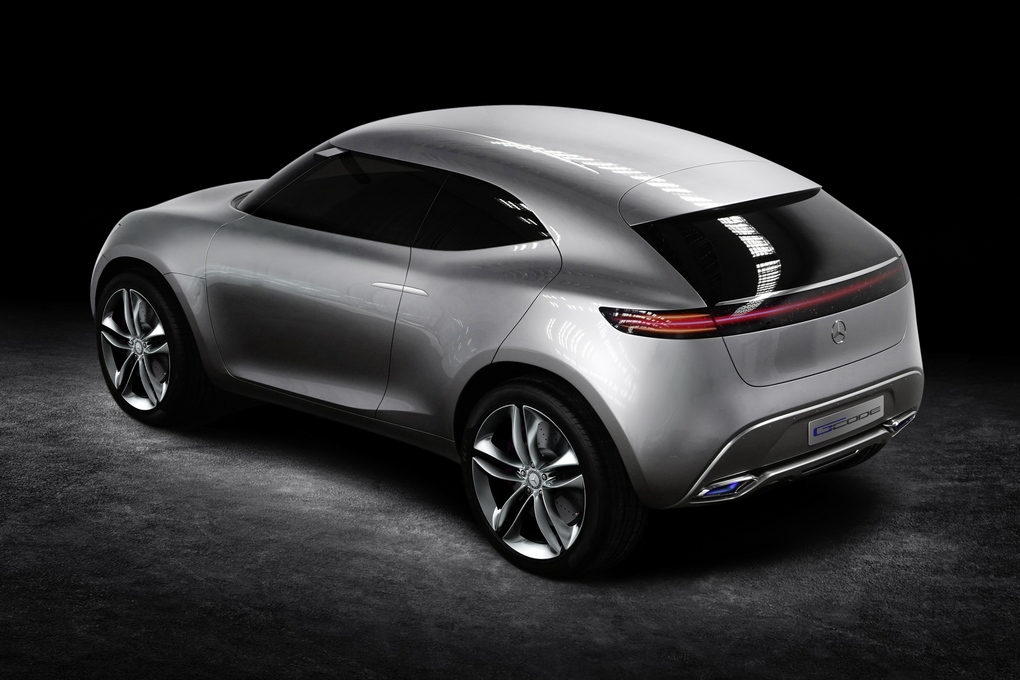 The specs alone show where the future of cars is going. According to picture and the video, the interior seems to be one of the coolest I've ever seen. It doesn't look like it uses keys - but, rather, a smart phone app. We have seen screens that pop out of the dash when the car has started, but the whole dash moves closer to the driver and the steering wheel comes out. There are swpeeping LED lights throughout as well almost like something out of Tron.

The act of getting into the G-Code is an experience in itself. Thanks to counter-opening doors and the elimination of a B-pillar, the G-Code offers unrestricted access to the interior for driver, front passenger and passengers in the rear. The process of taking a seat at the wheel could not be more impressive. After the driver has taken a seat in the most comfortable of fashions and has activated the vehicle by means of a smartphone, the instrument panel and pedals automatically extend from their rest positions and move into the most ergonomic position for the driver that also offers the best tactile experience. Then the steering wheel, which rests in the instrument panel, unfolds like a butterfly and together with the integral head-up display also moves into a perfect position. The finale of the getting-in ceremony is provided by the air vents and the multi-information display that extend from the instrument panel. The wide-screen display spans almost the entire width of the instrument panel and provides a clear overview of the various vehicle and multimedia functions, all of which feature intuitive control. The images from the rear-view cameras are superimposed at the edges of the wide-screen display. When the G-Code is switched off with the smartphone, the moving elements in the interior revert to their original positions to ensure a comfortable and ergonomic exit. 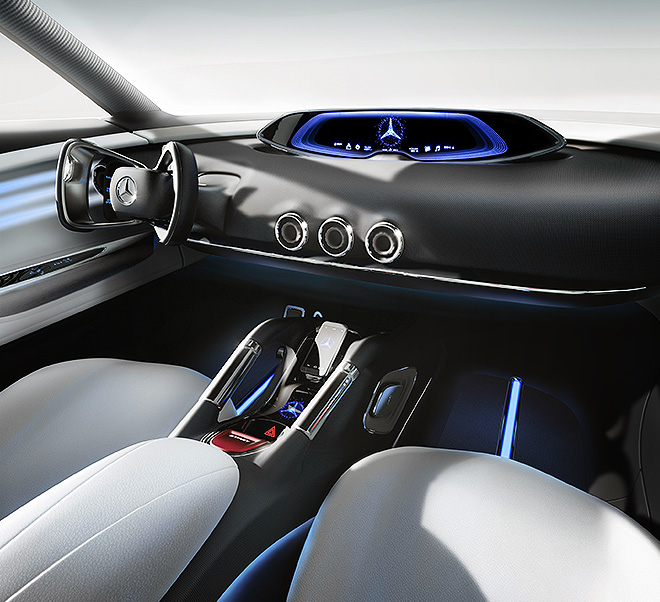 To sum this up, the G-Code is giant solar-powered, hydrogen-powerd, and electric-powered car that also gets kenetic power from the suspension, as well as wind energy. Yup, it pretty much has all of its based covered. All we can wish for now, is for other cars to adopt this technology. Who wouldnt want to see this on something like the BMW i8 Sports Car?