Snoop Dogg took a pot shot at Kanye West Thursday for daring to tweet his support for Donald Trump last week, posting a photoshopped picture of the fellow black rapper that had been edited to give him white skin. 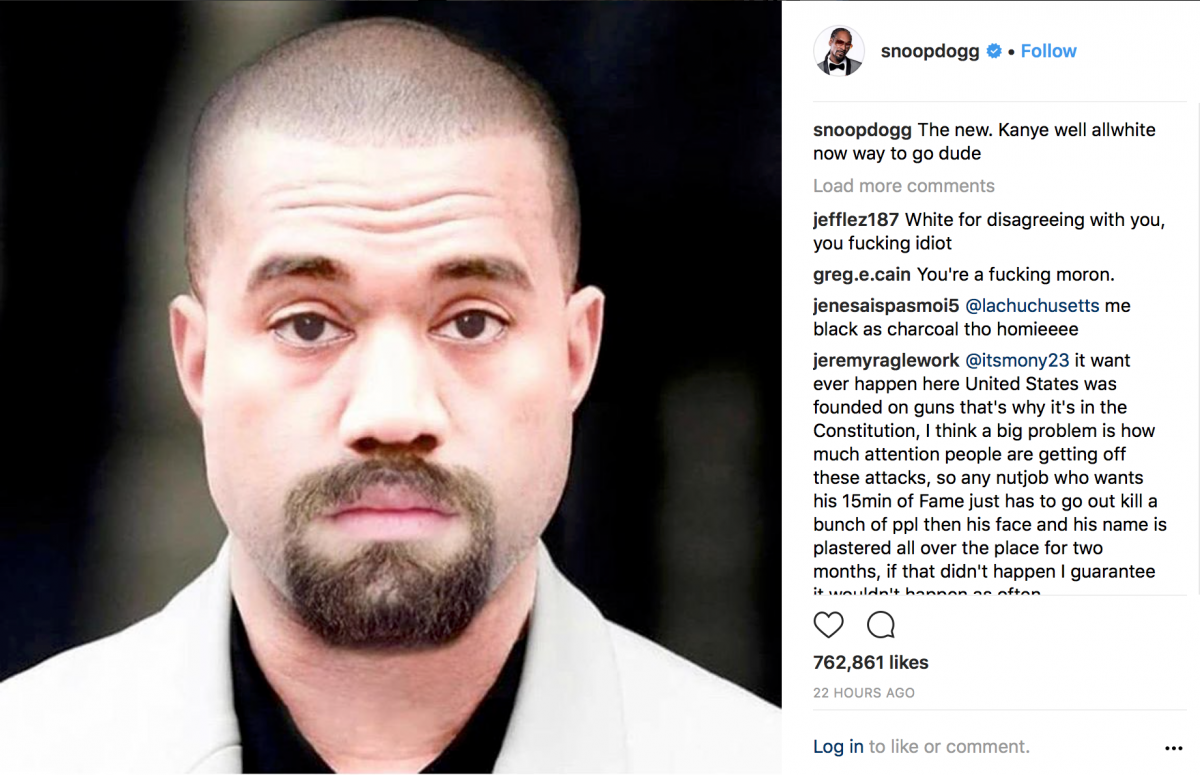 On April 25, Kanye lit social media on fire by daring to break ranks and tweet his support for the president, just after he expressed his admiration for black conservative speaker and Turning Point USA Communications Director Candace Owens.

As for Snoop, his newfound hatred of Donald Trump has been well-publicized. Just last year, the cover of the rapper’s new album, “Make America Crip Again,” featured a President Trump look-alike lying dead on a morgue slab with a toe tag that simply read “Trump.”

Of course, Snoop was rapping a different bar a few years ago, before Trump declared his candidacy for the Republican ticket. I’m just gonna leave these here… 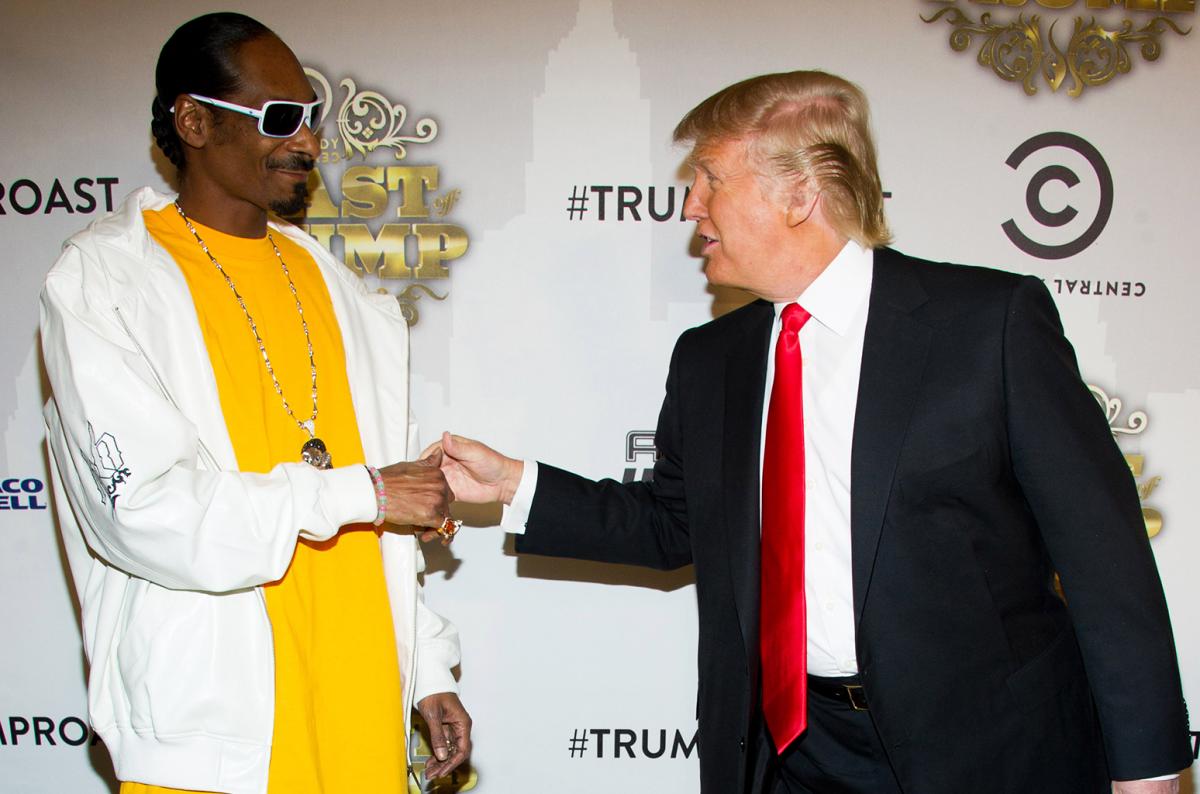 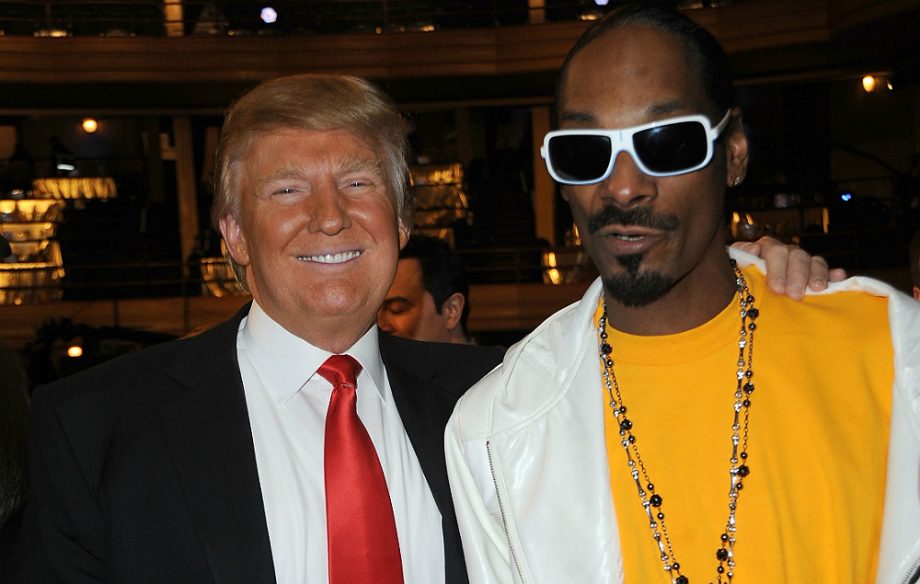 Regardless of the weight you may or may not put on Kanye’s personal political insight, he did make a good point about the left’s habit of pressuring certain demographics into conforming to their party lines and ostracizing those who break the rules. Blacks, Latinos, women, immigrants and LGBT members are often publicly ridiculed by the left for daring to step outside their expected political boundaries – ironically despite leftist’s claims of “diversity” and “inclusion.”

It’s totally O.K. to be different – so long as you’re all the same.

Way to prove Kanye's point there, Snoop. Then again, the guy struggles to stick with a name, so maybe mindless groupthink is just easier.