Smithsonian Posts List Of ‘Aspects And Assumptions Of Whiteness’

The taxpayer-funded Smithsonian National Museum Of African American History and Culture website showcases a graphic on aspects and assumptions of White Culture In The United States.

The “Talking About Race” Section of the webpage contains a graphic that reads:

“White dominant culture describes how white people and their practices, beliefs, and culture have been normalized over time and are now considered standard in the United States. As a result, all Americans have all adopted various aspects of white culture, including people of color.”

According to the graphic, there are some signs of whiteness to be aware of:

They made the list downloadable as well so you can print it out and keep it with you while on the lookout for whiteness, click here for the PDF. 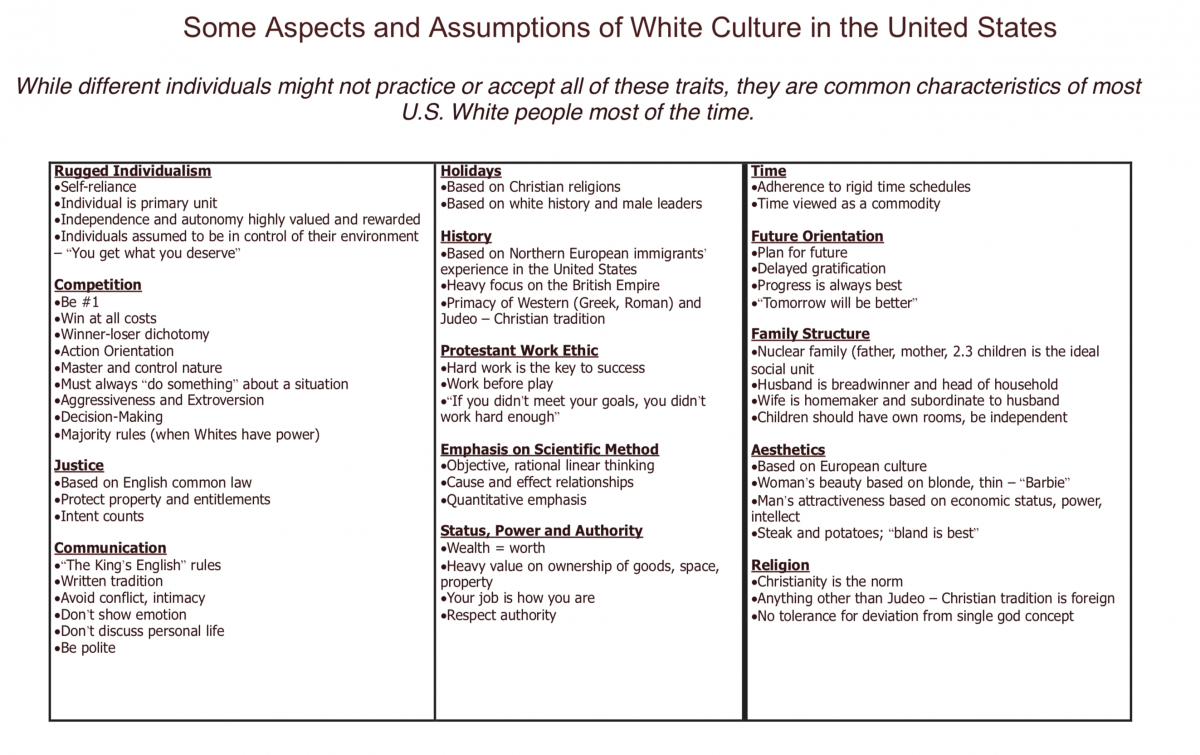