Show Your Papers? Vaccination 'Record' Cards to be Issued to Everyone Getting COVID Vaccine

It’s beginning to look a lot like Germany — circa 1942. In the near future, American citizens might be required to “show their papers” in the form of a “COVID-19 Vaccination Record Card,” as recently shown by the Department of Defense (DOD).

Of course, initially the “record,” which will be reported to the U.S. Centers for Disease Control and Prevention (CDC), will be used as a reminder for when their next dose of whichever vaccine is used is scheduled.

Here’s an image of the card: 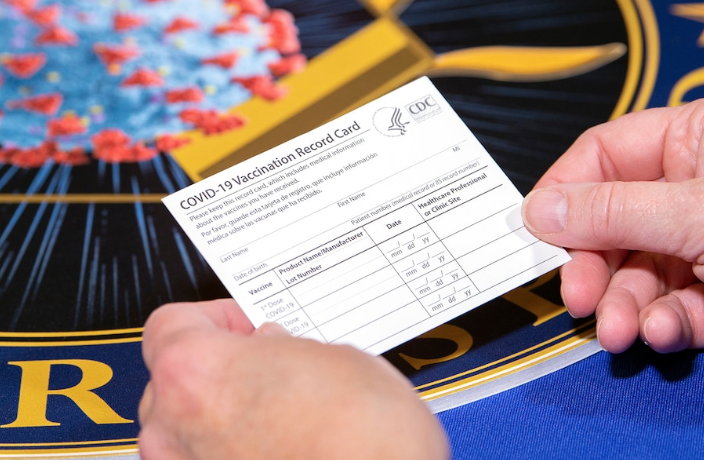 Dr. Kelly Moore, an associate director of the Immunization Action Coalition, spoke of how “everyone” will be getting one of these cards and that it’s “simple.”

“Everyone will be issued a written card that they can put in their wallet that will tell them what they had and when their next dose is due," Moore said, according to CNN. "Let's do the simple, easy thing first. Everyone's going to get that.”

They’re playing this off as if these records are nothing more than a reminder card you’d get from the reception desk at your doctor or dentist’s office. But if that was the case, why is the Department of Defense promoting these cards?

A skeptical mind is an informed mind.

These cards could very well just be reminders. But with 2020 sucking in stereo, and with the current situation we’re all being forced to live through, it’s not out of the realm of possibility to think that these cards could eventually be used for more authoritarian reasons.