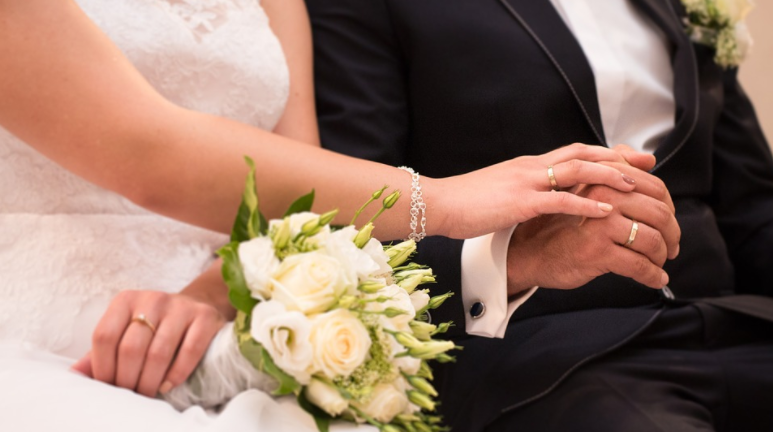 Which, as a recently married woman, I found intriguing.

The piece explains that back in the ‘70’s and ‘80s, the energy boom from coal mines in places like Appalachia led to an increase in local marriages and, subsequently, more kids. Economists claim this link is tied to the amount of money (i.e., the financial security and general stability) that a blue collar working man could bring in from a well-paying job. After all, women tend to avoid marrying a financial leech, and having a good job that helps you pay your bills can land you a wife a lot faster than sitting in your mom’s basement eating cheetos.

But apparently, not so much today. As the Post notes, recent studies have shown that modern economic booms in middle class, blue-collar areas still bring along a wave of kids – but not necessarily to married couples. Oh, women are still having babies, but they aren’t getting married, regardless of whether Mr. Big Bucks just got a fat raise at his oil company.

In fact, the latest fracking boom in places like Texas hasn’t caused the historically expected decrease in the number of married women, the Post notes. This is despite the fact that academics still vouch for marriage as a path to better finances and lower rates of child poverty (not to mention the fact that kids fare far better emotionally from having both parents in the home).

Perplexed, experts are pointing to changing social norms as a catalyst for this new boom in marriage avoidance, saying that women are no longer rendered social pariahs for remaining husbandless well into their 30s. They’re also more easily able to find and hold well-paying jobs for themselves – although economists still note that by the simple laws of math, two incomes are better than one.

While these points are certainly true in some respects, perhaps there are a few other potential drivers behind this new 21st Century phenomenon. Here’s one: maybe women aren’t so much into marriage because secularism has taken a giant dump all over the institution as if it’s just a backwoods scam by the religious patriarchy to oppress women into becoming little June Cleavers.

Maybe it’s because we’ve started popping out divorce papers like gumballs from a 25-cent machine because these days, promises are about as flimsy as one-ply toilet paper in a truck stop bathroom.

Maybe it’s because “sologamy” is apparently now an actual thing, and women can march down the aisle in front of God, everyone and their brother to marry themselves in an incredible display of wanton narcissism that’s somehow becoming mainstream.

Or maybe, just maybe, women aren’t into “marriagable” man anymore because liberals threw buckets of condoms at them in the eighth grade, convinced them to stop shaving their armpits and told them the world revolves around “their bodies,” all while proceeding to tie the men up with tampon strings, castrate them and shove them into skinny jeans before painting their toenails pink and telling them their “masculine identity” was on the extreme wrong end of the gender spectrum.