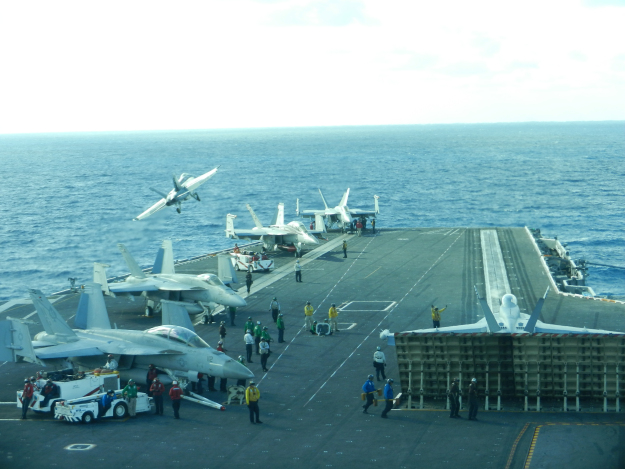 Friday's Wall Street Journal has a shocking report about how the United States and Israel have been spying on each other regarding Iran since late in the first Obama administration. Israel was spying on the U.S. to determine what was going on with the Iran negotiation. The U.S. was spying on Israel to receive advanced warning about any possible Israeli attack on Iranian nuclear facilities so they could use any means possible (including military) to prevent the Jewish State from destroying the nuclear threat from the rogue regime.

The Journal says it interviewed "nearly two dozen current and former senior U.S. and Israeli officials" for their report.

After ten years of working together to prevent a nuclear Iran, during the Obama administration the relationship began to deteriorate, and by 2012 Israel was coming up with plans to destroy Iran's Fordow facility. Fordow is the nuclear facility built into a mountain for protection.

The U.S. closely monitored Israel’s military bases and eavesdropped on secret communications in 2012, fearing its longtime ally might try to carry out a strike on Fordow, Iran’s most heavily fortified nuclear facility.

Nerves frayed at the White House after senior officials learned Israeli aircraft had flown in and out of Iran in what some believed was a dry run for a commando raid on the site.

An interesting side note to this report, back in March MRCTV reported a Kuwait newspaper story said there had been an Israeli order to bomb Iran years before. Israeli Lt. General (Ret.) Benny Gantz replied to the story by saying there was never an Israeli order to bomb Iran. Based on the Wall Street Journal story, we learn that Gantz was parsing his words - it wasn't a bombing mission, it was a commando raid.

Worried that Israel might ignite a regional war, the White House sent a second aircraft carrier to the region [possibly the USS John C. Stennis] and readied attack aircraft, a senior U.S. official said, “in case all hell broke loose.”

The two countries, nursing a mutual distrust, each had something to hide. U.S. officials hoped to restrain Israel long enough to advance negotiations on a nuclear deal with Iran that the U.S. had launched in secret. U.S. officials saw Israel’s strike preparations as an attempt to usurp American foreign policy.

As the article explains at the same time, Israel was spying on the U.S. talks with Iran to find out what was going on.

Conflict between nations occur when there is a lack of communication. According to this report in the Journal under the Obama administration America's relationship with its closest ally in the Middle East has become so frayed that instead of talking to each other like friends, the U.S. and Israel has been spying on each other to determine what the other was doing and thinking.

Now that the Iran deal is done one would expect that the spying is all over, but it's not.  The Wall Street Journal report ends on a frightening note:

One clause in the [P5+1 nuclear] agreement says the major powers will help the Iranians secure their facilities against sabotage. State Department officials said the clause wouldn’t protect Iranian nuclear sites from Israel.

Michael Hayden, a former director of the CIA, said the U.S. and Israel could nonetheless end up at odds.

“If we become aware of any Israeli efforts, do we have a duty to warn Iran?” Mr. Hayden said. “Given the intimacy of the U.S.-Israeli relationship, it’s going to be more complicated than ever.”