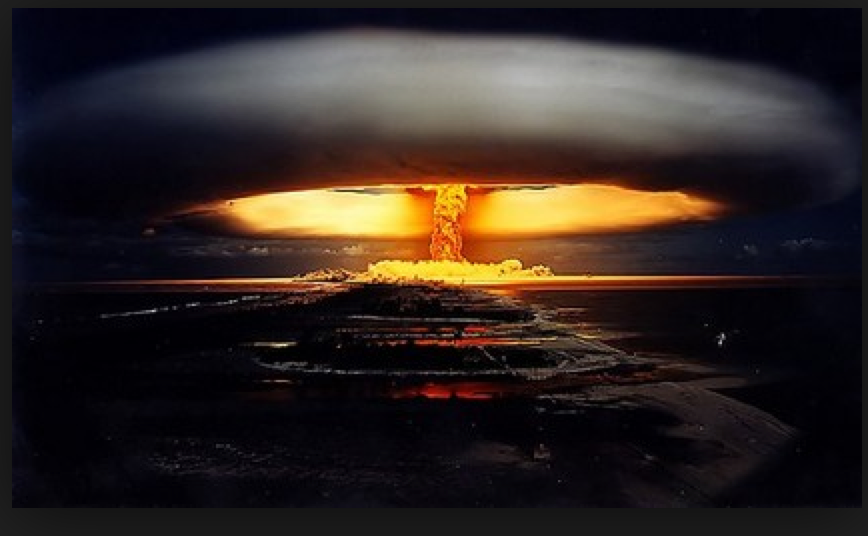 Depending on which source one believes, the deal President Obama is negotiating with Iran will allow the state sponsor of terrorism to keep between 5K and 6.5K centrifuges. Centrifuges are the machines used to enrich uranium for various purposes.

Not being discussed by the President, the Democrats, or the mainstream media is the fact that even at the higher number of centrifuges (6.5k) Iran would not have to capacity to produce enough uranium to run power plants - but, the rogue nation will have the capacity to enrich uranium to make nuclear bombs.

The potential Iran nuclear agreement would limit Iran to the number of centrifuges needed for a weapon but too few for a nuclear power program.

According to the Pundit Fact column of the liberal-leaning Tampa Bay Times :

Morell told PunditFact he said 5,000 because that was lowest number he had heard was in play. The number of centrifuges in place today is a hairover 20,000, and a likely goal is to cut that to about 5,000. But Morell’s basic point struck us as just plain intriguing. We wanted to learn more about this idea that a nuclear power program would require many more centrifuges than you’d need for a bomb -- which by extension means that limiting centrifuge capacity is just one negotiating point out of many.

The consensus among the experts we reached is that Morell is on the money. Matthew Kroenig at Georgetown University told PunditFact the Morell is "is absolutely correct."  Ditto for Daryl Kimball of the Arms Control Association and David Albright of the Institute for Science and International Security.

Matthew Bunn at Harvard agreed with his colleagues.

Bunn said there are two reasons. First, you need tens of tons of material to fuel a power reactor for a year, but just tens of kilograms to make a bomb. According to the International Atomic Energy Agency, the threshold amount for a bomb is about 25 kilograms of the most highly enriched U-235.

The toughest part in the process comes when you start with the raw uranium. By the time you’ve brought that to 4-5 percent, "you’ve already done more than 2/3 of the work of going all the way to 90 percent U-235 for weapons," Bunn said. "So the amount of work needed to make bomb material is only a modest amount more per kilogram, and the number of kilograms you need for bombs is 1,000 times less.

This paradox was behind the original 2006 UN resolution that said Iran had to eliminate all of its centrifuges. After the latest 5+1 negotiations began, the word was Iran would be allowed to keep a token number of centrifuges so they can save face. And now, by most reports, the Obama administrations is looking to bring Iran down to a level where the President can look like a hero because he cut Iranian centrifuges back by 75% (using the 5k number). But, what won’t be mentioned is that 75% number precludes peaceful uses of the nuclear energy and only allows for the creation of a nuclear weapon.