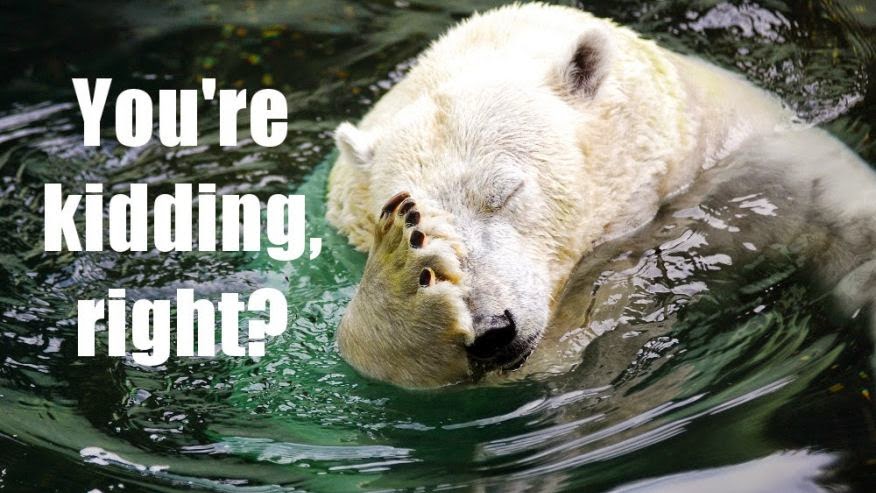 What was supposed to be a 115-day global warming research voyage into the Arctic by the Canadian ice breaker CCGS Amundsen has been derailed because the ship was rerouted to the Hudson Bay to come to the aid of supply ships stuck in the ice.

Steady westerly winds and a late breakup of sea ice in Hudson Bay has blocked shipping channels, making it impossible for freighters to reach many ports.

For the scientists, however, it means a mission that was planned down to the minute has suddenly been upended.

Perhaps, the fact that their research ship was rerouted because of the sea ice should be a strong message to those scientists about their global warming hypothesis.

According to Johnny Leclair, assistant commissioner for the Coast Guard, conditions in the area are the worst he's seen in 20 years:

“Scientists are frustrated,” Dr. Jay Cullen said in an e-mail sent Tuesday from the Amundsen, which on Sunday pulled in its scientific probes, did a U-turn in Davis Strait – between Greenland and Nunavut – and headed to the south tip of Baffin Island.

“The Amundsen has never been diverted from science for ice breaking duty in the Arctic according to the Captain,” wrote Dr. Cullen, a University of Victoria researcher whose Geotraces project relates to the impacts of ocean acidification and climate change effects.

He said research projects, some of which took four years to plan, will have to be put aside.

“Some proposed scientific operations will be canceled,” he wrote.

The Arctic ice cap has not, contrary to the predictions of climate alarmists, completely disappeared: in fact it has been growing rapidly, increasing by an entire third just in 2013 and more since.

"It would suggest that sea ice is more resilient perhaps. If you get one year of cooler temperatures, we've almost wound the clock back a few years on this gradual decline that's been happening over decades," ice scientist Rachel Tilling tells the BBC. The Beeb was reporting on newly published updated research which has confirmed the Arctic ice's remarkable resurgence over the last couple of years.

The study contends that we shouldn't worry because, although the arctic ice extent is not cooperating with their hypothesis by melting per their projections, they double-pinky-swear, cross-their-hearts-hope-to-die, stick-a- needle-in-their-eye promise that the ice will soon return to melting fast and global warming will kill us all.

According to reports, two more ice breakers are heading toward the upper Hudson Bay to relieve the Amundsen and send the scientists back on their merry research way. However, there are no reports that God is planning on giving the scientists something to research by melting the ice caps faster.

The video below shows the CCGS Amundsen and its crew discussing their now-delayed global warming mission.

Aboard the CCGS research icebreaker Amundsen in the North Beaufort Sea and Northwest Passage studying the effects of climate change at the North Pole.