Gay month is rearing its ugly head June 1 and companies all across the globe are getting ready to vomit rainbows just about everywhere. Disney is no exception.

On Wednesday, Disney announced its new LGBT clothing and accessory line featuring baby items, kids' shirts, backpacks, socks, bracelets and more, according to a Fox Business report. Woohoo! Get your credit cards ready to max out!! 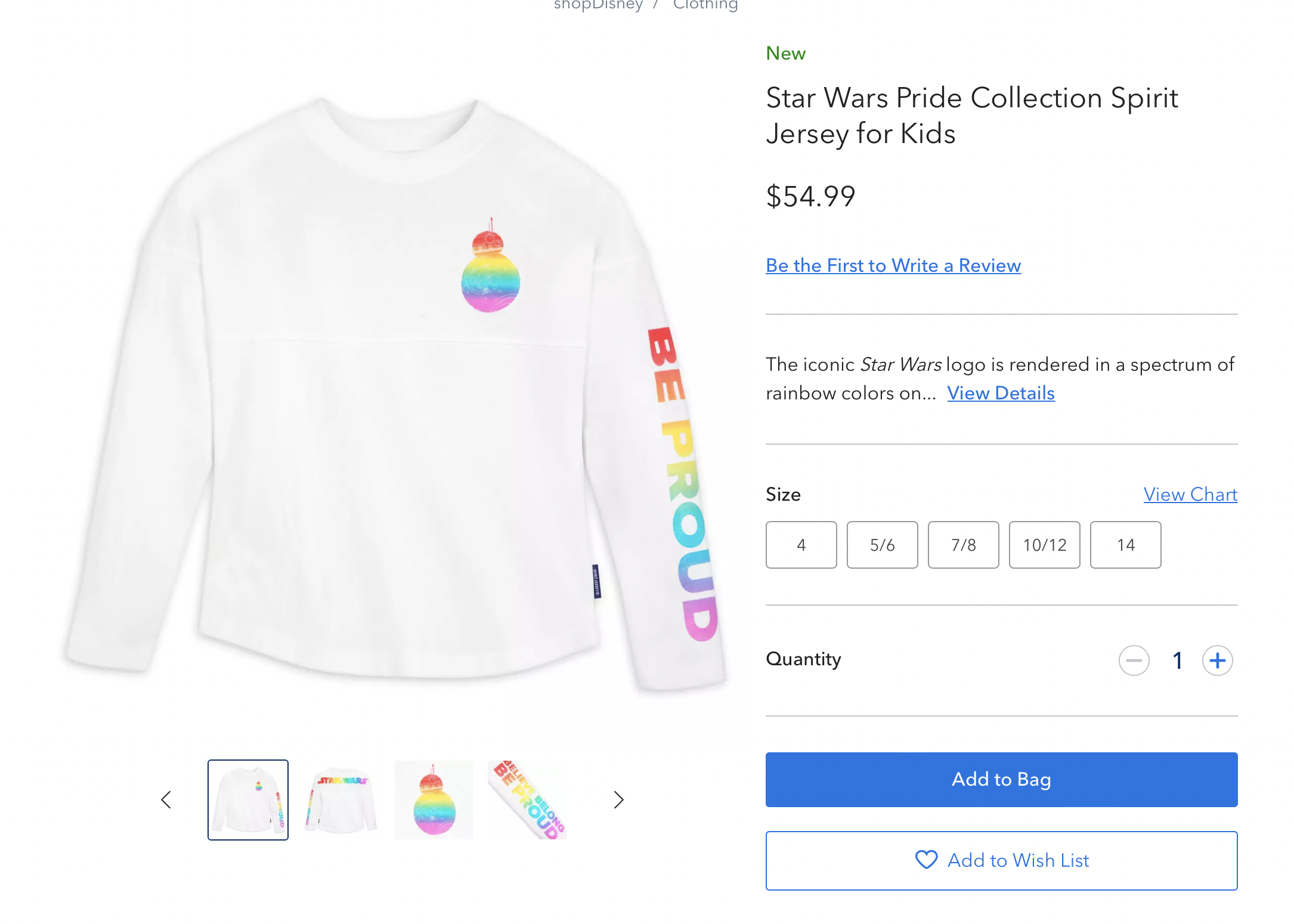 If you weren’t aware, wearing rainbows all over your body is the best way to show love and support for your alphabet friends. Disney’s Pride Collection site makes this very clear. “The Disney Pride Collection was created by LGBTQIA+ employees and allies at The Walt Disney Company and is a reflection of their incredible contributions and place at the heart of the company. We stand in solidarity with our LGBTQIA+ community everywhere.”

The items released include Pixar, Star-Wars, and Marvel pride-themed gear. The shirts are not gender specific, they're just listed as “shirt for adults” or “shirt for kids.” There’s even a pet collar and leash set so that your dog can show its pride! Er, if your dog identifies as a dog. Anyway, Disney really does just think of everything! 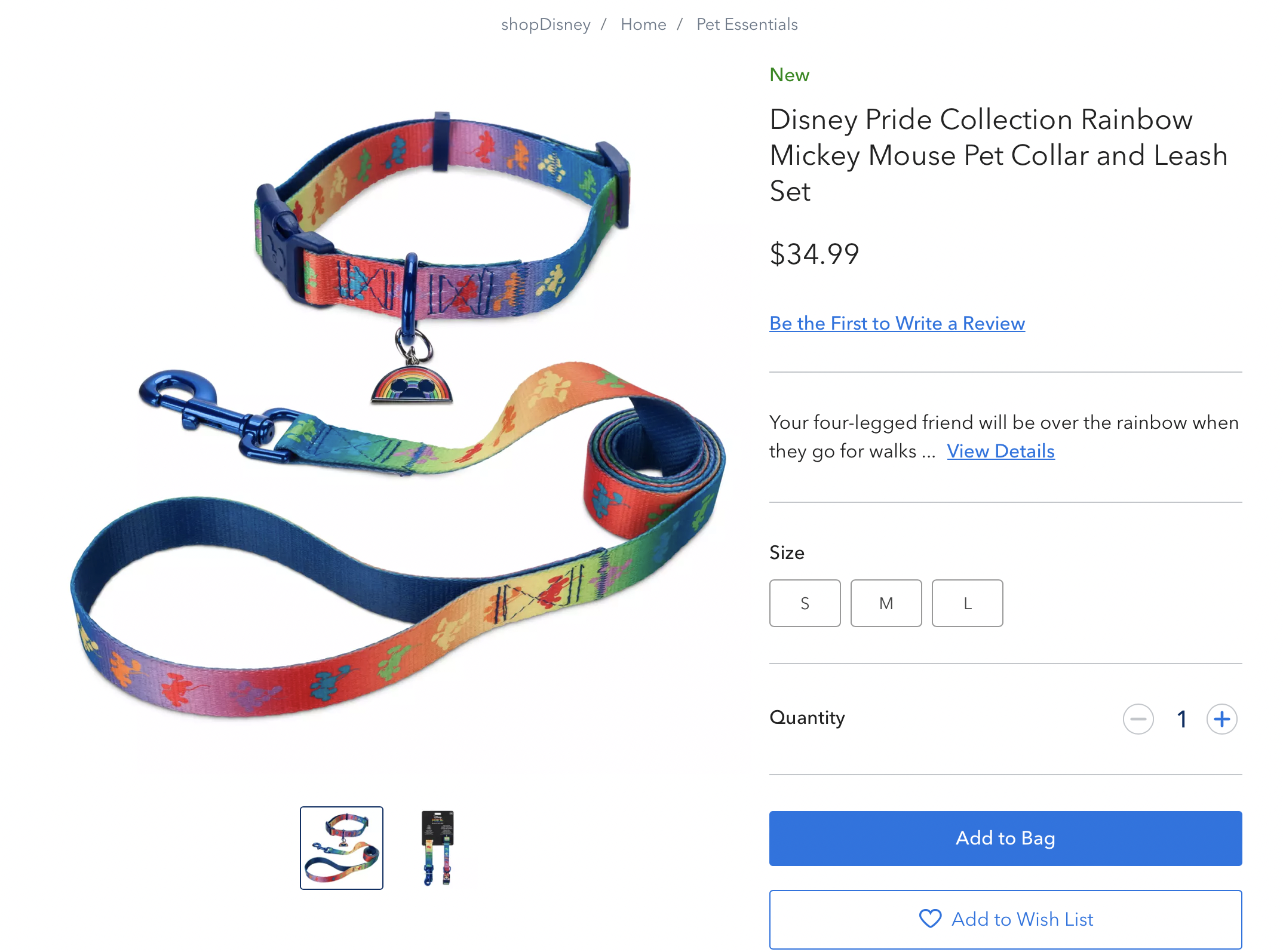 It’s unsurprising that Disney included kids items in the release. Disney LOVES kids! So much so that they like to indoctrinate them in school and throughout their programing.

In February, the company released a cartoon series to teach preschoolers about “microaggressions.” March marked Disney’s plan to erase the terms “Boys,” “Girls,” “Ladies” and “Gentlemen” from park presentations, and added lesbian kisses in a new film. April’s fail was when Disney+ adopted a gay groomer show called “Love, Victor,” and now we’ve got this cringy new line of rainbow apparel. It’s no doubt that Disney’s agenda is woke.

In recent months, Disney has been in battle with Florida Governor Ron DeSantis. Florida government recently passed a bill called the Parental Rights in Education Bill, H.B. 1557 which has been dubbed as the “Don’t Say Gay” bill. The actual bill restricts teachers in public school from teaching about sexual orientation and gender identity to kids up until fourth grade. The bill is a step in the right direction, but it's sad that it's needed. There are schools that care about creating an alphabet community more than teaching the actual alphabet. The difference is LGB’s vs ABC’s.

Disney has made it clear that it is against the bill and doesn't give a mouse turd for the actual well-being of children.

The profits from The Disney Pride Collection will be donated to causes that support “LGBTQIA+ youth and families” to further indoctrinate and brainwash kids and families.

.@GovRonDeSantis shows how it does a "disservice" to equate Florida to dictatorial regimes. pic.twitter.com/SsTGuN3Y52