Shaquille O'Neal on Not Standing for National Anthem: 'I Would Never Do That' 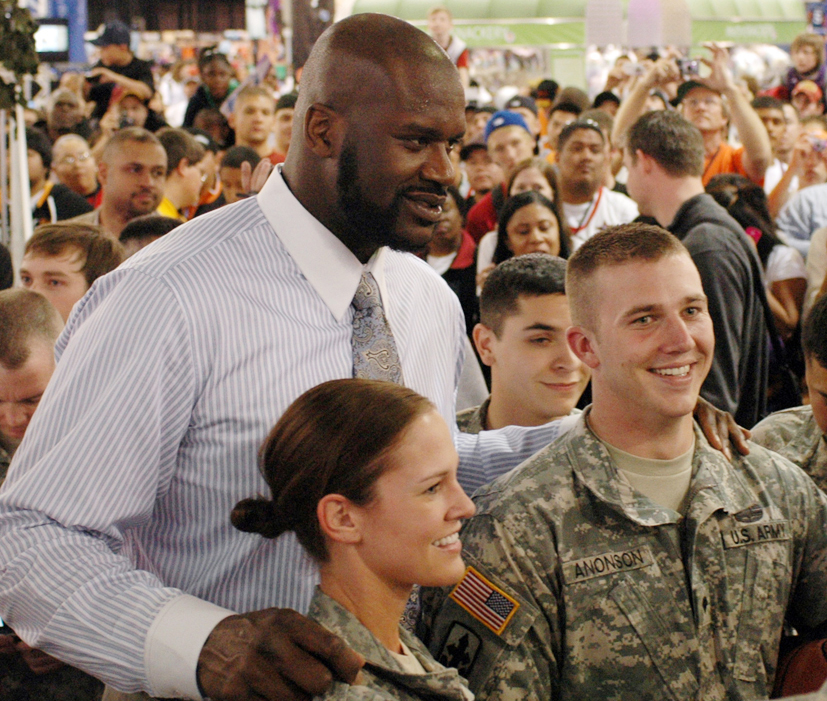 While it is perfectly within his rights to not stand for the National Anthem, NBA Hall of Famer Shaquille “Shaq” O’Neal doesn’t seem to share the same attitude as a growing number of social justice athletes in the sports world.

This whole hubbub began when San Francisco 49ers backup quarterback Colin Kaepernick refused to stand for the National Anthem because he couldn’t support a country that had so much “racial oppression.”

But O’Neal told Fox & Friends Wednesday that while he supports Kaepernick’s right to do so, not standing for the National Anthem is “something I would never do.”

“I mean, to each his own,” O’Neal said during the interview about his impending Hall of Fame induction. “It’s something I wouldn’t do.”

O’Neal commented that there have always been injustices, but was also critical of the consistency of Kaepernick’s actions.

This will be Kaepernick’s sixth season in the NFL. O’Neal’s comments add fuel to the fire of those that say Kaepernick’s sudden change in attitude has been a result of his current relationship with radio host, Nessa Diab.

Diab is a Muslim who's rumored to have converted Kaepernick to Islam, a claim which Kaepernick denies.

Kaepernick told the media on Wednesday:

While Kaepernick's statement rings true that people shouldn't be judged based on their beliefs, O'Neal places a premium on decorum.

O’Neal’s family have many ties to the military and law enforcement. His response to the entire situation: “I would never do that […] There are other way to get your point across.”

In an era where class is exceedingly rare, O’Neal puts his class on display.