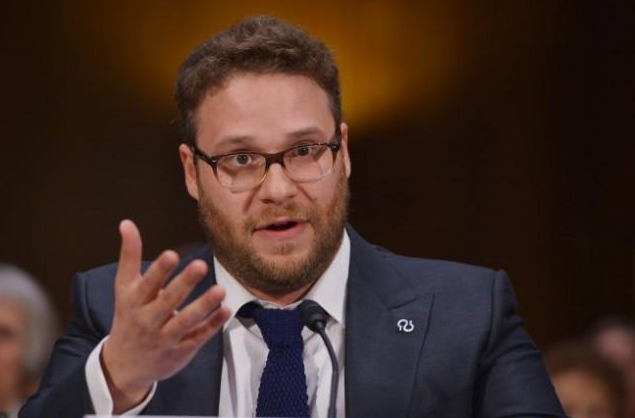 Actor and comedian Seth Rogen tweeted out his opinion of the new movie American Sniper on Sunday.

“American Sniper kind of reminds me of the movie that’s showing in the third act of Inglorious Basterds.”

The movie to which Rogen referred is a Nazi propaganda movie entitled “Nation’s Pride.”

The film Inglorious Basterds takes place in Nazi-occupied France during World War II. A German war hero arranges for an illustrious movie premiere at a theater owned by a young French woman whom he admires. The movie, Nation’s Pride, draws every major Nazi officer to the theater, where the owner, who’s actually a young Jewish refugee, plans to catch the Nazi leaders by surprise and exact her revenge.

Now, Rogen claimed that American Sniper, a movie based on the life of Navy SEAL sniper Chris Kyle who helped save countless American lives on the battlefield, resembles a Nazi propaganda film praising German soldiers committing brutal atrocities in the line of duty.

What does he mean, exactly? Is he saying that American Sniper is, essentially, U.S. propaganda?

American Sniper kind of reminds me of the movie that's showing in the third act of Inglorious Basterds.