In his rebuttal address to President Joe Biden’s radically socialist agenda, South Carolina Republican Senator Tim Scott, a black man whose father grew up picking cotton, declared that America is not, as Democrats like to say, a “racist nation.”

And leftists immediately set out to prove him wrong.

Shortly after Scott delivered his powerful rebuke of Biden’s race-baiting address, “#UncleTim” began trending on Twitter as liberals accused the black Senator of betraying his race. Here are just a few of the most racist tweets leftists blasted out against Scott.

Political and “LGBTQ news contributor” Scott Nevins, a white dude, saying Scott was “Uncle Tom’ing it up” in his address in a now-deleted tweet. 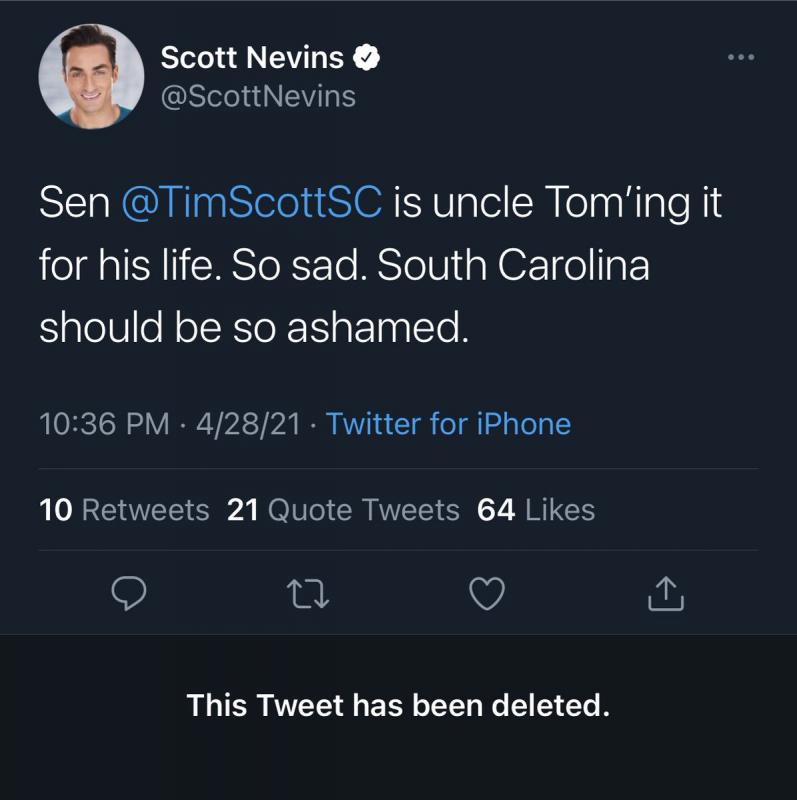 This racist chick using a racist reference to a “coon” to mock Scott. 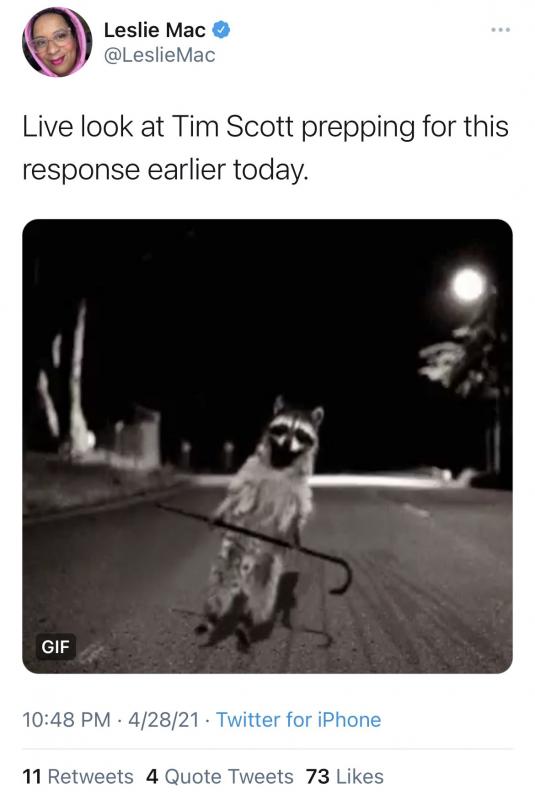 Uncle Tim Scott has perfected the art of sycophantic bootlicking. He’s a master step n fetch it artist and cunning white supremacy apologist, who demonstrated his buck dancing skills in front of the entire world.

“Hear me clearly, America is not a racist country”

Contributor Exavier Pope saying that Scott “does not represent Black people” because he doesn’t subscribe to left-wing groupthink.

Tim Scott represents a “if you can’t beat em, join em” ages old trope of Black person that bows down gleefully to white supremacy for self interest while eschewing the plight for a cultural shift inclusive of all Black Americans

If you don’t know what “Stockholm Syndrome” is, Senator Tim Scott will demonstrate.
👇👇👇👇 https://t.co/7KvjWGmlBp

How can calling Tim Scott “Uncle Tim” be racist when he just told everyone this isn’t a racist country? 🙂🇺🇸

Perhaps it's worth considering that America itself isn't racist - but leftists sure are.