Just when you think politicians couldn’t get any dumber — and a lot of them give us plenty of stupid to draw from — leave it to a Leftist to raise the bar for “dumbassery.”

Sen. Kirsten Gillibrand (D-N.Y.) sent out a tweet on Tuesday giving her vision for the future of the country and possibly the world.

Don’t worry. Gillibrand’s tweet lives up to every bit of stupidity I promised. Here you go: 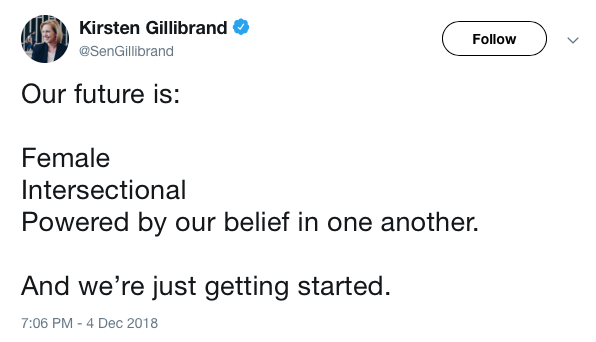 I honestly couldn’t have rolled my eyes any harder than I did when I first saw this.

First of all, notice how Gillibrand used the word “Our,” as if we were all going to be in agreement with her “hot take.” Just had to point out that little nugget of wisdom from the senator.

Plus, if “our future” is “female,” then does Gillibrand plan on the human race dying out in the next 50-75 years? Our differences, especially in the sexes, are what make the human race go. You can’t have one without the other. This isn’t the island where Wonder Woman lives.

If that weren’t enough, Gillibrand virtue signaled all over the place with her listing of “intersectional” as part of “our future.” Excuse me while I upchuck my breakfast. Gillibrand’s “utopia” seems to be comprised only of women and people she thinks are systematically oppressed. There’s already a place like that. It’s called California.

The “Twitterverse” wasn’t having any of Gillbrand’s nonsensical meanderings: 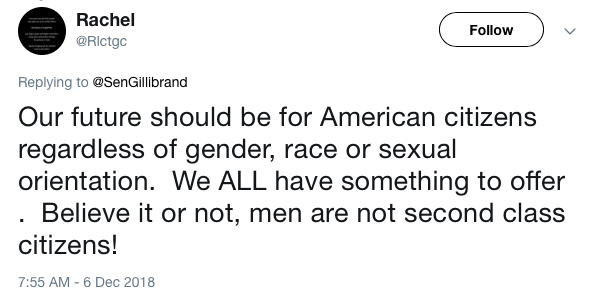