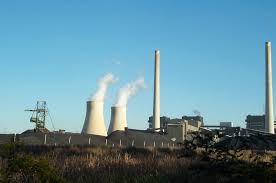 Sen. Jim Inhofe (R-Okla.) is calling Pres. Obama’s new climate deal with China “a non-binding charade” – in which “China won’t have to reduce anything.”

"In the President's climate change deal, the United States will be required to more steeply reduce our carbon emissions while China won't have to reduce anything.

“It's hollow and not believable for China to claim it will shift 20 percent of its energy to non-fossil fuels by 2030, and a promise to peak its carbon emissions only allows the world's largest economy to buy time.”

“China builds a coal-fired power plant every 10 days, is the largest importer of coal in the world, and has no known reserves of natural gas. This deal is a non-binding charade.”

Inhofe says the results of the recent midterm election prove Americans want him to fight the EPA’s anti-energy agenda:

“The American people spoke against the President's climate policies in this last election. They want affordable energy and more economic opportunity, both which are being diminished by overbearing EPA mandates. As we enter a new Congress, I will do everything in my power to reign in and shed light on the EPA's unchecked regulations.”