If you need further evidence that liberals think you’re dumber than a sack of rocks and are therefore incapable of running your own day-to-day life, here’s a new one for ya: the ultra-left government of Seattle is now imposing a $10 tax on a $15.99 case of Gatorade.

According to local reports, the new 1.75 cent-per-ounce tax on sugary drinks jacks up the cost of Seattleans' favorite cola and energy drinks to nearly twice their original price. It’s allegedly in some great societal effort to get you to stop buying unhealthy stuff, you hairbrained, moronic twit who probably shouldn’t be allowed to tie your own shoes.

Yeah, they’re looking at you, dude with the Big Gulp.

It’s not enough to simply trust grown adults to make their own dietary decisions and accept the consequences thereof – oh, no. In Liberalville, government runs you, this time by way of charging you $7.95 more for the good old-fashioned regular Coke than the calorie-free diet version that maybe you don’t want to drink. 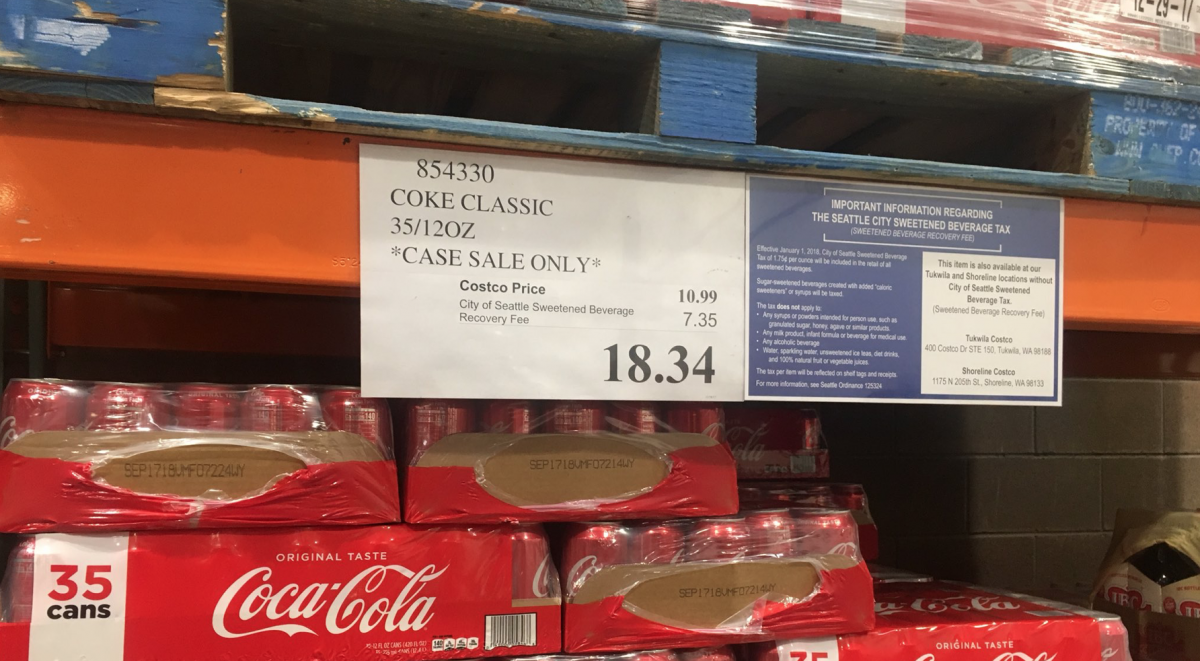 Of course, the mere thought of such government control over people’s gastro choices is giving one wannabe-tyrant a leg thrill to rival Chris Matthews’.

“I’m just very excited,” said Jim Krieger, who is on the committee for Seattle Healthy Kids Coalition and is the executive director of Health Food America.

“The hope is consumption of the unhealthy product -- which causes heart disease, diabetes -- will go down, the sugary drinks to go down, and we fully expect that to be the case,” Krieger said.

But make no mistake: keeping people from buying sugary drinks is only kinda about getting people to choose healthier lifestyles. And by kinda, what I mean is not really at all. Like with most programs in crazy socialist communities, it's actually about tax dollars and redistributing wealth. In fact, the state estimates it will collect a whopping $15 million in beverage tax by the end of this year. All this tax cash ripped from middle class Costco shoppers will supposedly be funneled into a government-run brainwashing program aimed at getting poor people to eat healthier foods that, let’s be honest, they could have been eating already, but now have to consume at the point of the bureaucratic gun like some reverse Hunger Games.

Then again, most people aren't quite as stupid as the Seattle government assumes. A few of the smarter plebes have already figured out they can simply go to the next town over and pick up their 2-liter Mt. Dews there – which is really great for John and Susie Sugarfix, but not so much for the locally-owned gas station manager who now has to charge twice as much for a can of Red Bull. But of course, it’s not like the risk of negatively impacting small businesses would keep leftist politicians from putting the stranglehold on private industry and personal choices.

“We did not see any data that really shored up the argument that this hurts local businesses,” said Lorena González, a Seattle City Council member.

Probably because you just launched the program, you brainless twit. Give it time. After all, governments have tried sugar taxes in America before, and it didn't end so well.