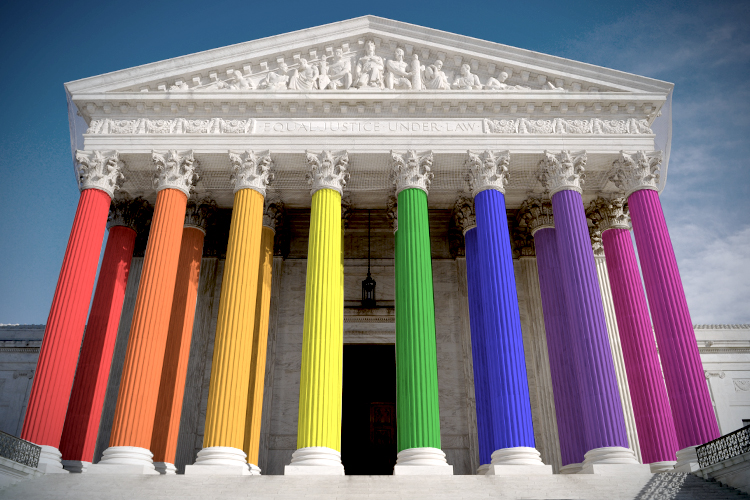 Well that didn't take very long. Following the Supreme Court's ruling allowing people of the same sex to marry, the liberal media has begun its push to remove the tax-exempt status from religious institutions.

On Sunday Time Magazine ran an op-ed from religion columnist Mark Oppenheimer calling for religious institutions to lose their tax exempt status. Oppenheimer says he supports the gay marriage but understands the fears of supporters of religious freedom. In his opinion the only solution is to remove the tax exemption.

He points out that the religious exemption has "forced the IRS to figure out what a religion is and thus has entangled church and state in the worst way. Since the world’s great religion scholars can’t agree on what a religion is, it’s absurd to ask a bunch of accountants, no matter how well-meaning."

And then there is the progressive issue that religious institutions paying taxes will help the poor:

Exemption advocates also point out that churches would be squeezed out of high-property-value areas. But if it’s important to the people of Fifth Avenue to have a synagogue like Emanu-El or an Episcopal church like St. Thomas in their midst, they should pay full freight for it. They can afford to, more than millions of poorer New Yorkers whose tax bills the synagogue and church exemptions are currently inflating.

And Oppenheimer concludes with:

So yes, the logic of gay-marriage rights could lead to a reexamination of conservative churches’ tax exemptions (although, as long as the IRS is afraid of challenging Scientology’s exemption, everyone else is probably safe). But when that day comes, it will be long overdue. I can see keeping some exemptions; hospitals, in particular, are an indispensable, and noncontroversial, public good. And localities could always carve out sensible property-tax exceptions for nonprofits their communities need. But it’s time for most nonprofits, like those of us who faithfully cut checks to them, to pay their fair share.

Concurring with Time Magazine, was Fusion a joint project of the Walt Disney Company and Univision who argued:

Because now that the US government formally recognizes marriage equality as a fundamental right, it really shouldn’t skew the tax code so as to give millions of dollars in tax breaks to groups which remain steadfastly bigoted on the subject...I’m talking, of course, about churches.

The site uses the Bob Jones University case from 1983 to make their case that religious institutions that do not toe the "gay line" should lose their exempt status.

In the Bob Jones case, the US government made a very important statement. It’s not enough, they said, to support the right of interracial couples to date and get married; it’s also important to register official disapproval of any organizations which fail to support that right. To be given exemption from paying taxes is a special privilege bestowed by the state on deserving organizations. But there’s nothing deserving about an organization which bans interracial dating. So, the state is entirely within its powers to remove that privilege.

The same argument can and should be applied to gay marriage. If your organization does not support the right of gay men and women to marry, then the government should be very clear that you’re in the wrong. And it should certainly not bend over backwards to give you the privilege of tax exemption.

The article goes on to propose that the exemption for religious institutions be removed from the tax code, or if that it too much for people, that:

...at the very least it is entirely right and proper for the state to say to a church that if you want to thumb your nose at a fundamental right which is held by all Americans, then we are not going to privilege you with tax-free status. We’ll let you practice your bigotry, at least within the confines of your own church. But we’re not about to reward you for doing so.

This question, the comparison with Bob Jones University vs. The United States was raised during the same-sex marriage arguments:

“In the Bob Jones case,” Justice Samuel A. Alito Jr. said, referring to the 1983 Supreme Court decision, “the court held that a college was not entitled to tax-exempt status if it opposed interracial marriage or interracial dating. So would the same apply to a university or a college if it opposed same-sex marriage?”

Chief Justice John G. Roberts Jr. asked a similar question. “Would a religious school that has married housing be required to afford such housing to same-sex couples?”

Mr. Verrilli did not rule that out either but said it would “depend on how states work out the balance between their civil rights laws.”