Schumer Once Supported Visa Restrictions to Keep Out Terrorists 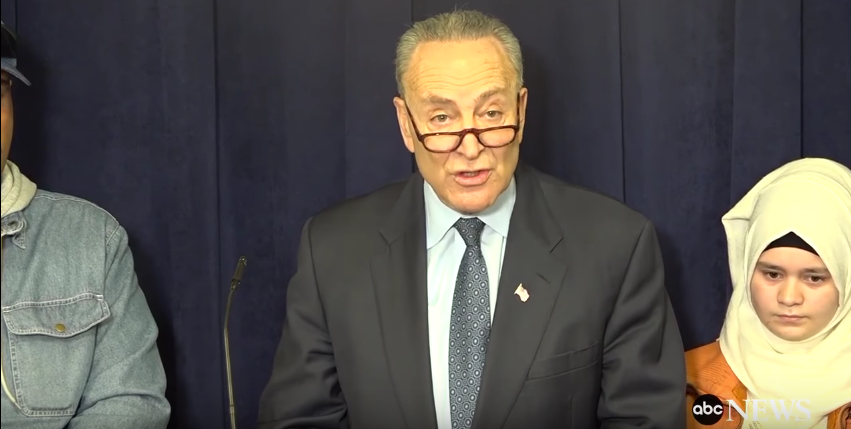 ​Recently, Senate Minority Leader Chuck Schumer (D-N.Y.) has been a staunch opponent of President Trump’s executive orders on immigration. However, Schumer once held a much different view on the government’s role in keeping out terrorists who might abuse the immigration system.

As noted by Town Hall, in 2015, Schumer tweeted about the need to “tighten loopholes in the Visa Waiver" program in order to stop terrorism: 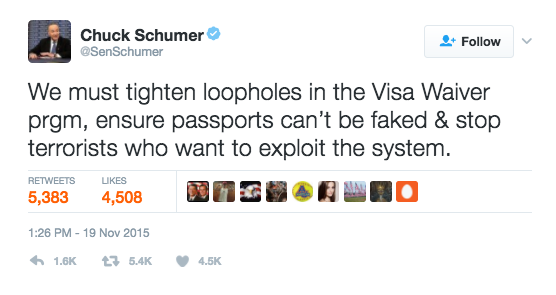 It is unclear what changed for Schumer between 2015 and 2017, other than one particularly significant election.