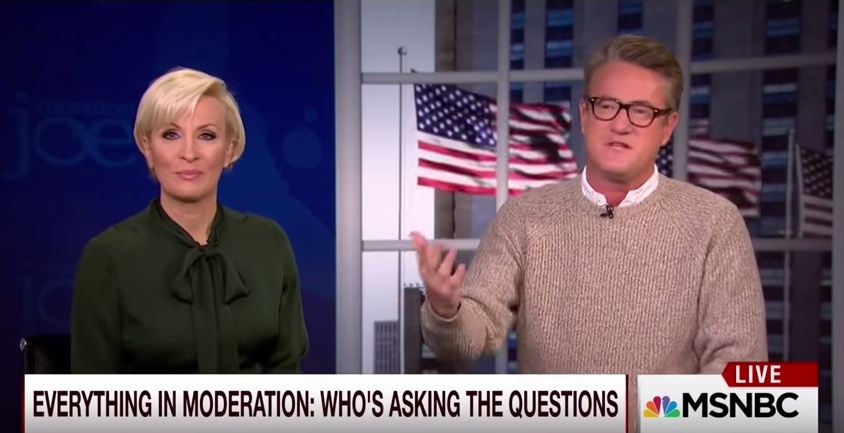 “Many, many people are liberal, but that doesn’t mean everybody is,” said Halperin.

“Uh, O.K. Outside of Brit Hume, who has been a conservative in the mainstream media over the past 30 years?" Scarborough asked.

"Outside of Brit Hume, who has held a powerful position at ABC, NBC, or CBS News on the air? Name me one Republican --"

“I don’t want a Republican,” Halperin replied. “I want an objective person.”

Check out the rest of the heated exchange in the video clip below.