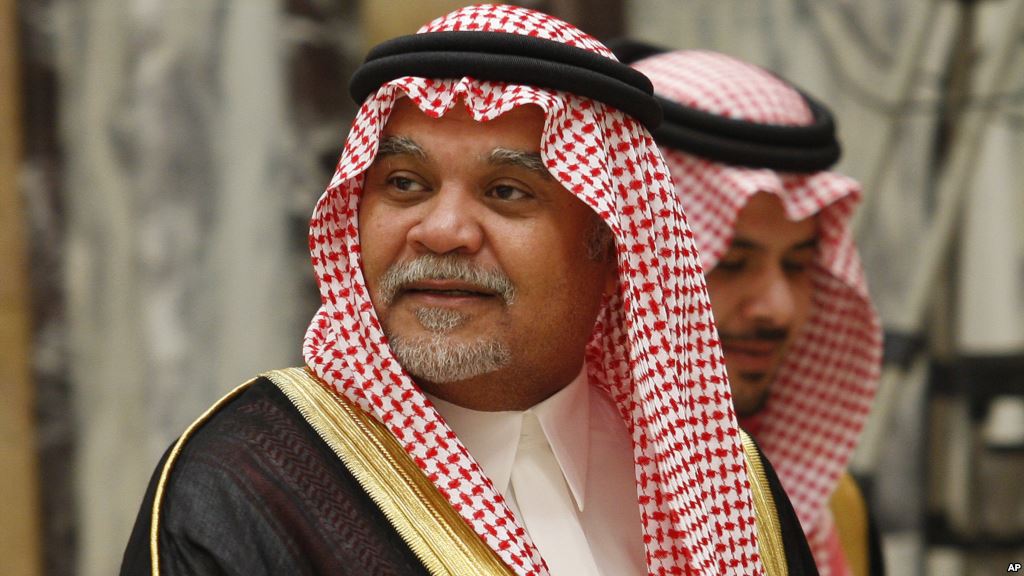 In the first public criticism of the P5+Iran deal by a member of the Saudi Arabian royal family, Prince Bandar bin Sultan told Lebanon’s Daily Star the deal would allow Iran to acquire a nuclear bomb and would “wreak havoc in the region." Covered in The Times of London, the prince also told Daily Star, "Saudi Arabia and the Gulf powers are prepared to take military action without American support after the Iran nuclear deal"

Iran and Saudi Arabia are the two leading players in the Sunni/Shia divide and are competing for leadership of the Muslim world. The Sunni Islam Saudi Arabian monarchy fears that the Shia Islam Iranians will employ terrorists in an attempt topple the monarchy and the ruling House of Saud.

Prince Bandar was the Saudi ambassador to Washington for 20 years before returning home to run the country’s intelligence service from 2005-2014. While he is no longer a part of the inner ring of Saudi decision-making, the prince is still a very connected member of the ruling family. The prince would not be conducting interviews without the permission of highest authorities; most likely he was asked to to put himself out there by his uncle King Salman.

The Prince also said that regional powers have lost faith in America:

“People in my region now are relying on God’s will, and consolidating their local capabilities and analysis with everybody else except our oldest and most powerful ally”

The prince was less polite in an op-ed he wrote for the London-based Arabic news Web site Elaph. He compared the Iran nuclear deal made by Obama to the North Korean nuclear deal Bill Clinton made.  Bandar suggested that they were both bad deals but Clinton made a bad deal with the best of intentions thinking it was a good deal. Obama on the other hand knew he was making a lousy deal and made it anyway.

Quoted in a Washington Post article which translated part of the Elaph piece:

Bandar says [about the North Korean pact], "it turned out that the strategic foreign policy analysis was wrong and there was a major intelligence failure." He added that if Clinton had known the full picture, "I am absolutely confident he would not have made that decision."

The Saudi royal then contrasts this with the present situation with Iran, "where the strategic foreign policy analysis, the national intelligence information, and America’s allies in the region's intelligence all predict not only the same outcome of the North Korean nuclear deal but worse – with the billions of dollars that Iran will have access to."

Bandar says Obama is smart enough to understand this but that he is ideologically willing to accept collateral damage because he believes he is right.

At his press conference earlier this week, President Obama seemed to indicate the only opposition to the P5+1 deal came from congressional Republicans, Israeli Premier Bibi Netanyahu, and Israeli Ambassador Ron Dermer (see video below). The president was not being truthful. Not only is there opposition from Congressional Democrats, but one of the leading critics is Senator Bob Menendez - a New Jersey Democrat. In Israel, with the possible exception of the Arab parties, all of the political parties in the Knesset have come out against the deal.  And based on Prince Bandar bin Sultan, we now know that another one of the United States' closest allies, Saudi Arabia, believes the P5+1 deal was a blunder.