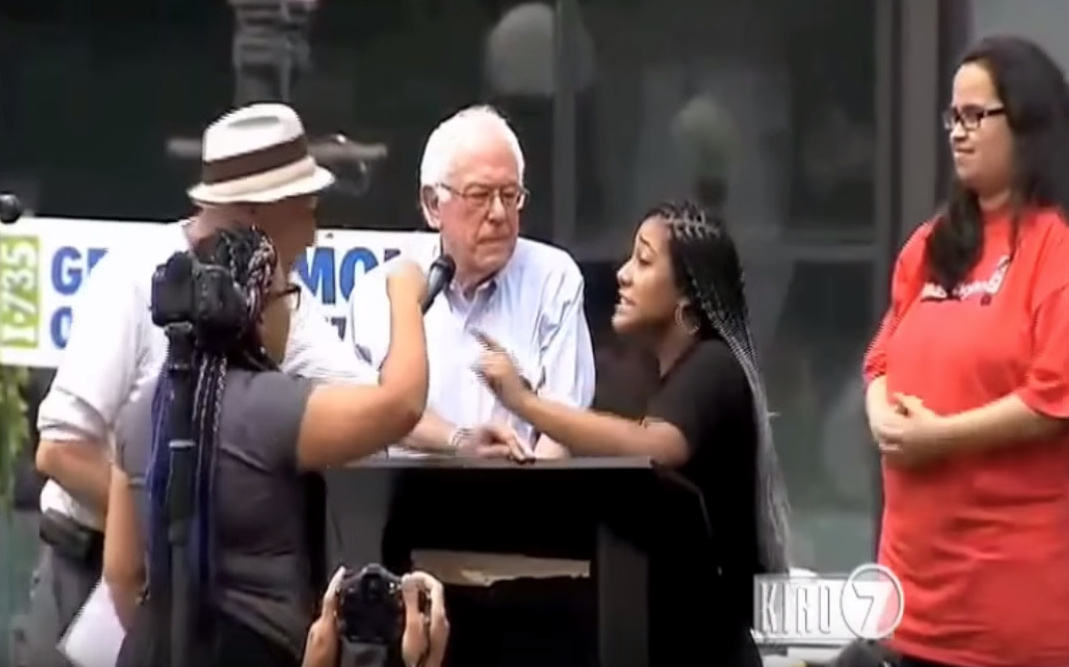 Sanders’ platform includes having Black Lives Matter protesters help “reinvent how we police America,” the proclamation that America is worse than the “Communist totalitarian state of China” in terms of incarcerations rates, and providing “free” college tuition.

On the issues page for “Racial Justice,” Sanders lays out the different kinds of violence he believes “people of color” experience, which includes physical, political, legal, and economic violence.

To address physical violence, Sanders wants to “reinvent how we police America.”

In addition to “[demilitarizing] our police forces so they don’t look and act like invading armies,” implementing “new rules on the allowable use of force,” requiring police forces “reflect the diversity of our communities,” and tying federal police funding to making “progress,” Sanders advocates for establishing a “new model of police training” all together, which grants authority to activists, such as Black Lives Matter protesters:

“At the federal level we need to establish a new model police training program that reorients the way we do law enforcement in this country. With input from a broad segment of the community including activists and leaders from organizations like Black Lives Matter we will reinvent how we police America.”

On the topic of legal violence, Sanders writes, “It is an international embarrassment that we have more people locked up in jail than any other country on earth – more than even the Communist totalitarian state of China.”

In order to remedy this “international embarrassment,” Sanders suggests banning “prisons for profit,” ending the War on Drugs, increasing funding for drug courts and medical and mental health services, and increasing “investments for programs that help people who have gone to jail rebuild their lives with education and job training.”

Sanders, in his discussion of “economic violence,” writes, “We must simultaneously address the structural and institutional racism which exists in this country, while at the same time we vigorously attack the grotesque level of income and wealth inequality which is making the very rich much richer while everyone else – especially those in our minority communities – are becoming poorer.”

To end this “economic violence,” Sanders supports giving children, “regardless of their race or income, a fair shot at attending college,” which is “why all public universities should be made tuition free.” He also calls for investing “$5.5 billion in a federally-funded youth employment program to employ young people of color who face disproportionately high unemployment rates,” passing “pay equity” for women, and banning “employers from discriminating against applicants based on criminal history.”

These changes to Sanders’ platform come after Sanders was forced to the sidelines during a speech in Seattle by Black Lives Matter protesters: