Sanders at Dem Town Hall: ‘We Will Raise Taxes – Yes, We Will!’ 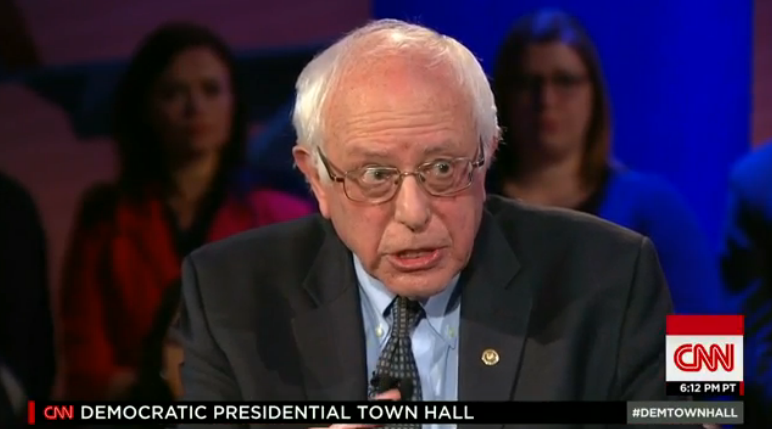 During the CNN Democratic Presidential Town Hall Monday night, Sen. Bernie Sanders (I-Vt.) said that, if elected to the Oval Office, his administration will undoubtedly raise taxes to fund his liberal policy initiatives.

“We will raise taxes. Yes, we will,” he told the audience at Drake University in Des Moines, Iowa.

Sanders justified his remarks by saying that he would eliminate private health insurance premiums to level out the burden of higher taxes on the American people.

“We may raise taxes, but we are also going to eliminate private health insurance premiums for individuals and for businesses,” he said.

Listen to his remarks in the short video clip below.

.@BernieSanders explains why he will be raising taxes: https://t.co/rvZtDybOgC #DemTownHall https://t.co/qjl2KUsRfa

If we are serious about taking care of the american people let's not tax them to death. #DemTownHall

Do you agree? Let us know what you think in the comments section below.