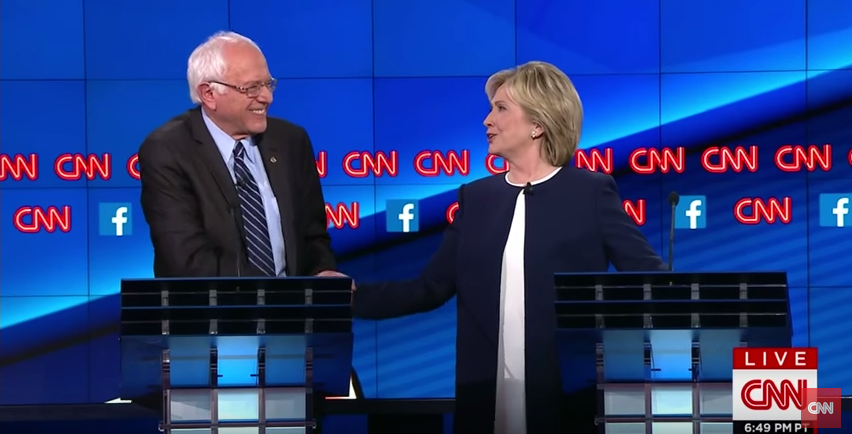 Sen. Bernie Sanders (D-Vt.) defended fellow Democratic presidential candidate Hillary Clinton against the horrible, horrible media for making a big deal out of her use of an unsecure, private email server during her time as President Obama’s secretary of state.

“Let me say something that may not be great politics, but I think the secretary is right,” he began.

“The American people are sick and tired of hearing about your damned emails!”

“And let me say something about the media as well,” Sanders continued. “Middle class in this country is collapsing. We have 27 million people living in poverty. We have massive wealth and income inequality. Our trade policies have cost us millions of decent jobs. The American people want to know whether we’re going to have a democracy or an oligarchy...”

“Enough of the emails. Let’s talk about the real issues facing America,” he demanded.

The top two Democratic candidates then shared a moment on stage. Hillary cried out, “Thank you, Bernie!” and shook his hand, smiling from ear to ear.

Here’s the video below (if you can bear to watch).