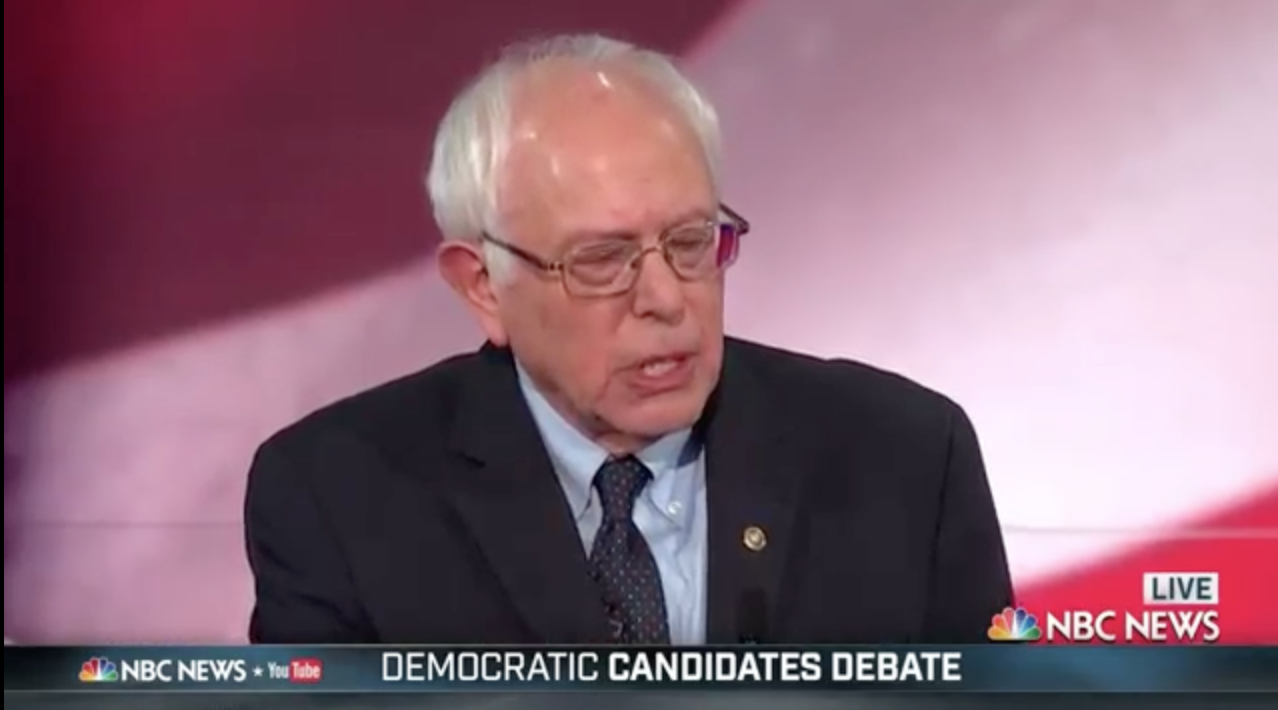 Despite repeatedly claiming that his social programs will be paid for by “the 1%,” Sen. Bernie Sanders (Vt.) admitted that his newly unveiled health care plan will require the middle class to pay more in taxes.

During Sunday’s Democratic debate, Sanders and Hillary Clinton clashed over their respective health care plans. While outlining his plan, Sanders said that under his plan, “some middle class families would be paying slightly more in taxes”:

So what we have got to acknowledge, and I hope the secretary does, is we are doing away with private health insurance premiums. So instead of paying $10,000 to Blue Cross or Blue Shield, yes, some middle class families would be paying slightly more in taxes. But the result would be that that middle class family would be saving some $5,000 in healthcare costs. A little bit more in taxes, do away with private health insurance premiums.

According to Sanders, the tax increase on the middle class to pay for his health care plan is a “pretty good deal.”

Sanders’ explanation prompted debate moderator Andrea Mitchell to ask if Sanders was breaking “his word” on his promise not to increase taxes on the middle class.

Sanders responded to Mitchell by claiming the tax increase on the middle class will create “savings”: