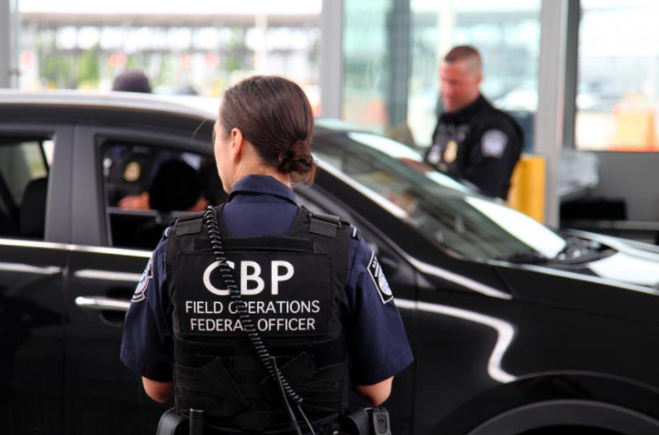 The seizures occurred at the Tecate and Otay Mesa ports of entry.

“A significant seizure occurred on Thursday at the Tecate port of entry at about 3:40 p.m., when CBP officers encountered a 24-year-old female Mexican citizen driving a 2009 Dodge Caliber and referred her the vehicle for an in-depth investigation,” CBP writes in a press release. “CBP officers removed 63 packages of methamphetamine weighing 142 pounds with an estimated street value of $482,000.

“The second incident occurred at the Otay Mesa port of entry at about 5 p.m., when a 43-year-old male Mexican citizen driver and his two minor children in a 2016 Mazda 3, were referred for a more in-depth inspection. A canine team screened the vehicle and the dog alerted to one of the children’s seats. CBP officers removed seven packages of methamphetamine concealed in the bottom of the child’s seat. The drugs weighed eight pounds and was valued at $27,000.”