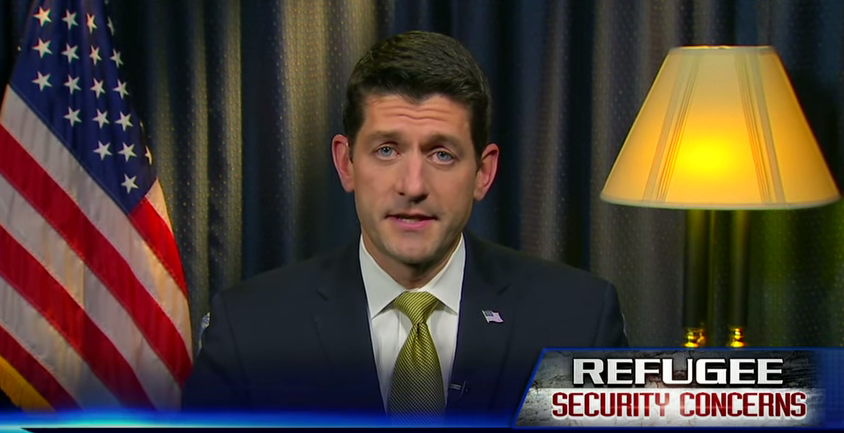 “[Obama] just said he’s going to veto our bill putting a pause on the refugee program,” said Ryan. “I can’t imagine why one would do that.”

The House Speaker went on, “Our bottom line is very, very clear. It’s the first responsibility of the federal government [to] secure the homeland, keep people safe in America…”

“We obviously know that ISIS wants to infiltrate the refugee population. That’s very clear. So we need to put a pause this program and have higher standards placed upon it so we can verify on a person-by-person basis, each and every single refugee, whether or not they pose any security risk. And if they do, and we can’t without a shadow of a doubt prove that [they don't], then they shouldn’t come here.”

For more, listen to Congressman Paul Ryan's remarks in the video clip below.