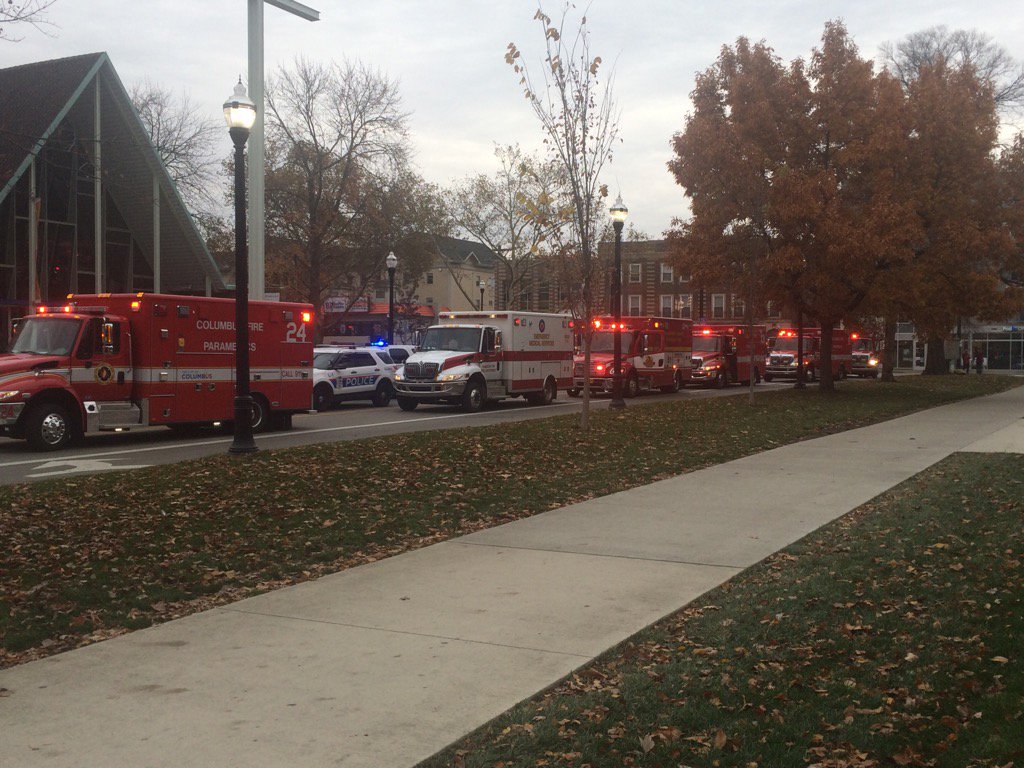 Update (12:41 p.m. EST): According to reports, the suspect(s) in Monday's incident at Ohio State University was armed with a large knife. Police officials have stated that gunshots mentioned in earlier reports may have come from law enforcement officials in their attempt to stop the attacker.

Update (12:28 p.m. EST): Fox News has now reported that 10 victims have been transported to a local hospital following an active shooter situation at Ohio State University in Columbus on Monday morning. According to the report, police have cofirmed there were at least two suspects involved in the incident.

Law enforcement sources told The Columbus Dispatch that a car initially rammed Watts Hall, the location of the Department of Materials Science and Engineering, about 9:40 a.m., and at least two people got out of the car.

One person had a gun, while the second appeared to have a large knife, according to the Dispatch.

Update (11:38 a.m. EST): The lockdown has been lifted on the Ohio State University campus after an active shooter situation was contained by police, local reports stated. From NBC:

A campus lockdown was lifted about 11:30 a.m. with the university reporting that "scene is now secure." Two men were seen being led away in handcuffs, but it was unclear if they were suspects in the incident.

In addition to reports of an active shooter, new information is emerging stating a car was also seen running into a crowd of people on campus around the same time. NBC reported:

Another student said she never heard gunshots but saw a car plow into a crowd of people who had evacuated during an alarm.

"This car just swerved and ran into a whole group of people," said Nicole Kreinbrink. "It hit a cop really bad."

"All these people were running and screaming and yelling," she added.

Update (11:13 a.m. EST): NBC4 in Columbus is reporting police have confirmed the suspect in the Ohio State shooting is dead and eight others have been hospitalized, while a ninth victim is currently being reated at the scene. From the report:

Police confirm the suspect involved in an active shooter situation on the campus of The Ohio State University is now dead. Nine victims are currently being treated.

Columbus fire officials tell NBC4 eight people were transported to local hospitals. Seven of those victims are in stable condition and one victim is in critical condition. A ninth victim is being treated on scene and may or may not be transported to the hospital.

Update (11:10 a.m. EST): A harrowing image posted on Twitter shows students baracading themselves inside a classroom during an active shooter incident at Ohio State University in Columbus. 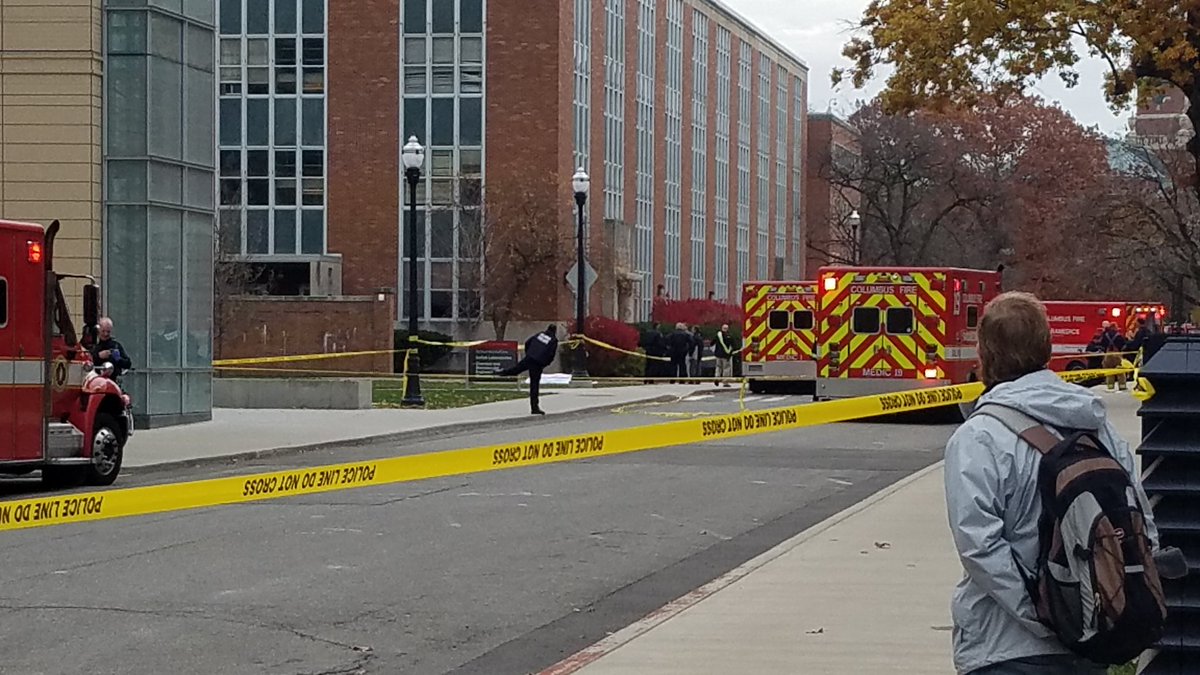 An active shooter situation has been reported on the Ohio State University campus in Columbus.

Sophomore Wyatt Crosher said he heard gunfire that he believes came from a class building across the street.

"We can't see the building where the shooting happened because of a dorm blocking our view. It truly sounded like gunshots, and really soon after we heard a bunch of sirens. We can see the police cars from our dorm."

The incident reportedly took place at Watts Halls on the Columbus-based campus, at 19th Avenue and College Road. According to WCPO Cincinnati, more than half a dozen people have already been transported from the scene with injuries:

The Columbus Fire Department reported that seven people had been transported from the scene by paramedics. No information on the extent of their injuries was immediately available.

As of 10:45 a.m., OSU police were still advising all those on campus to continue to shelter in place.

The Lantern, OSU's student newspaper, reports a bomb squad is also on the scene: