Rubio: We Shouldn't Choose Between Assad and ISIS - They Both Need to Go 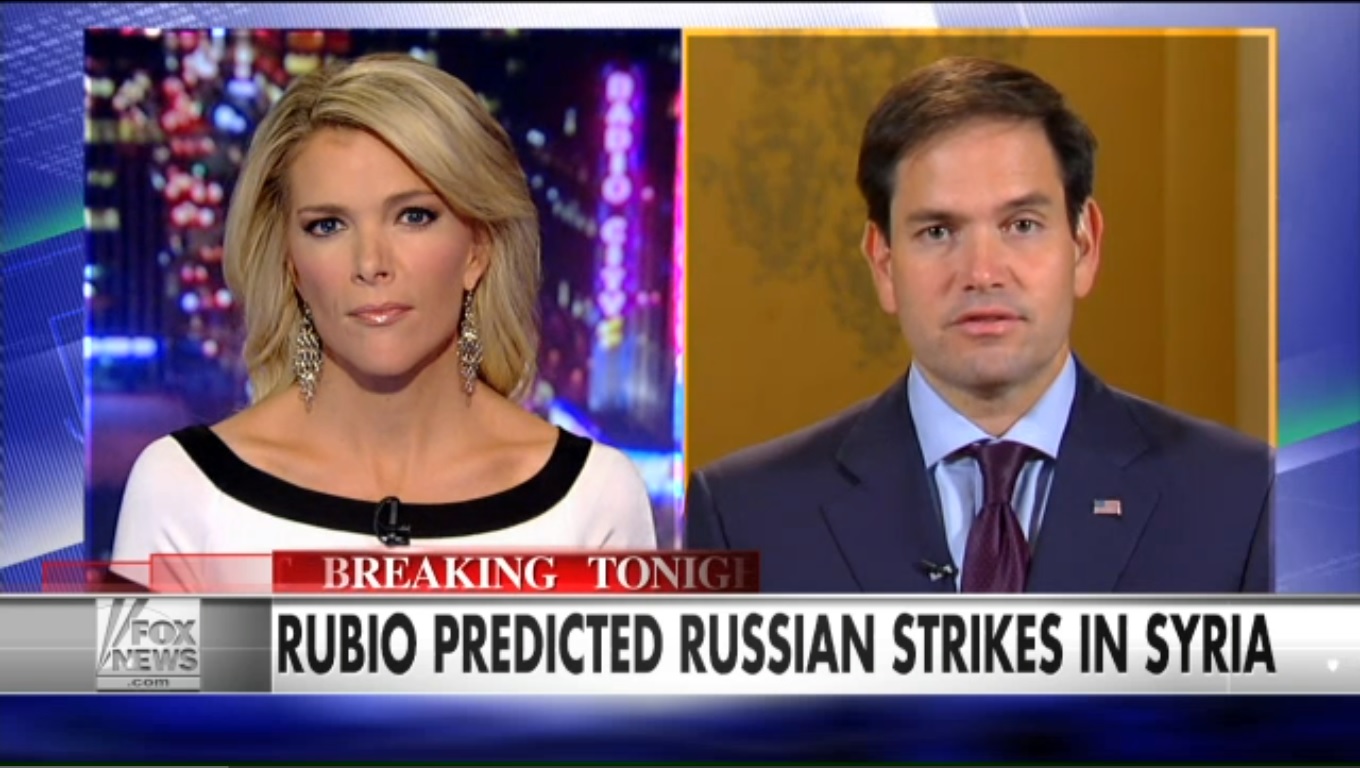 Two weeks ago, presidential candidate Marco Rubio presciently foretold Russia's airstrikes in Syria to "prop up" Assad. When Rubio was asked how he knew the airstrikes would happen, he simply answered, "It was predictable."

It had been previously reported that Russia was positioning air assets in Syria but Rubio is certain that ISIS was never Russia's priority.

"They may conduct some operations against ISIS, but this is not about ISIS," Rubio said. "This is about propping up Assad, who is a client state of both Iran and Vladimir Putin."

Rubio said that it is clear to him that Russia wants to become a power broker in the Middle East. Rubio believes Putin hopes to portray himself as "more reliable" than Obama.

Trump made a stir on The O'Reilly Factor Tuesday night when he said Assad was one of the better "players" in the Middle East. Trump said Putin fighting ISIS on behalf of Assad was "a wonderful thing."

Rubio said Trump "doesn't understand the reality" of the situation.

"I don’t think the choice should be Assad or ISIS. I think they both need to go."