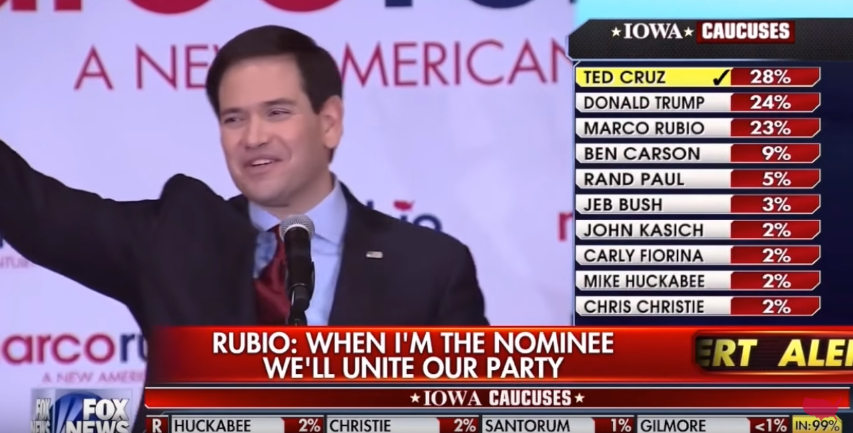 Rubio was in visibly high spirits at his Iowa caucus party in Des Moines after the results came in, saying that he and his campaign had officially proved the doubters wrong.

“They told me I needed to wait my turn and I needed to wait in line,” he went on. “But tonight, here in Iowa, the people of this great state have sent a very clear message. After seven years of Barack Obama, we are not waiting any longer to take our country back.”

Rubio added that he is grateful to his supporters for believing in him and his message.

Trump did not take his second-place finish as gracefully. He tweeted that the media treated him unfairly and implied that he only lost because he spent less time in the state of Iowa than his rivals.

The media has not covered my long-shot great finish in Iowa fairly. Brought in record voters and got second highest vote total in history!

Because I was told I could not do well in Iowa, I spent very little there - a fraction of Cruz & Rubio. Came in a strong second. Great honor

He later added that the voters are to blame for not giving him "any credit" for self-funding his campaign.

I don't believe I have been given any credit by the voters for self-funding my campaign, the only one. I will keep doing, but not worth it!