Rubio to Help Trump: 'I Don't Want Hillary Clinton to be President' 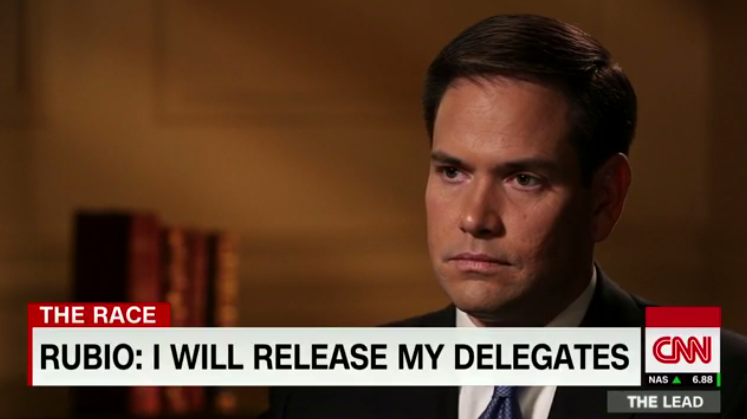 In an interview with CNN on Thursday, Florida Sen. Marco Rubio said that he plans on going to the Republican National Convention in June to show his support for the party.

“I’m going to go to the convention,” said Rubio. “I don’t know if I’ll have a role in the convention, but I have a lot of people going there that were supporters.”

“But if Donald Trump asked you to speak on his behalf, you would do so?” CNN's Jake Tapper asked.

“My policy differences with Donald Trump -- I spent 11 months talking about them. So I think they’re well-understood," Rubio went on. "That said, I don’t want Hillary Clinton to be president. If there’s something I can do to help that from happening… I’d most certainly be honored to be considered for that."

Rubio doesn’t plan on holding onto the delegates he won during the primary season, unlike his fellow former candidate Ohio Gov. John Kasich.

While he wants to do his part, Rubio would not serve as Trump’s running mate.

“In my view, I wouldn’t be the right choice for him,” he said. “Trump deserves to have a running mate that more fully embraces some of the things he stands for.”