Rubio: Despite Experiences with Racism, My Parents Never Raised Me to Be a ‘Victim’ 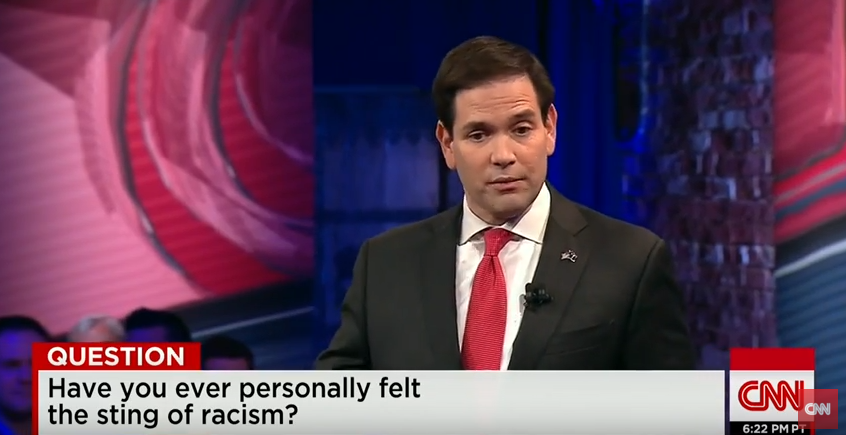 During CNN’s Republican Presidential Town Hall in South Carolina on Wednesday, Marco Rubio was asked whether he has "ever personally felt the sting of racism."

The Florida senator shared a story from his childhood of his family being harassed for their Cuban heritage:

“I do recall as a child -- during the Mariel boatlift, growing up in Las Vegas -- that some of the neighborhood kids one day were taunting my family, saying, ‘Why don’t you go back on your boat? Why don’t you go back to your country? Why don’t you leave here?’” said Rubio. “I didn’t know what they were talking about. I was seven years old. What boat? My mom doesn’t even swim,” he laughed.

Rubio’s parents explained to him that a mass migration of Cubans into America was taking place at the time and that their neighbors were upset about it.

“Don’t blame the kids,” his parents told him. “They must be hearing it from somebody. That’s why they’re repeating it.”

“What I give my parents a lot of credit for is that they never raised us to feel that we were victims,” he continued. “They always raised us to believe that… we lived on the one place on earth where, if you worked hard and you persevered, you could achieve no matter what.”

Rubio added that his personal feelings do not by any means deny “that there are other people in this country that have had a different experience.”

Check out his remarks in the video clip below.