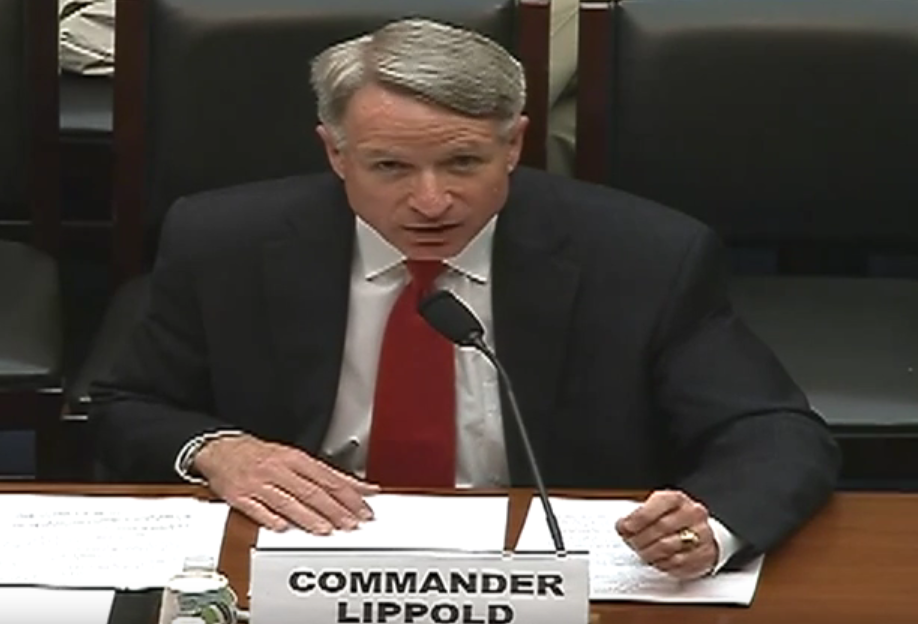 The House of Representatives Subcommittee on National Security met Tuesday to discuss the remaining detainees at the detention facility in Guantanamo Bay, Cuba.

The purpose of the meeting was to determine the risks the remaining 80 detainees pose toward the national security of the United States should there be further releases or transfers by the Obama administration or future administrations. An additional purpose to the meeting was to “assess the implications” of a possible closure of the Gitmo facility.

The House Committee on Oversight and Government Reform website lists multiple pieces of background information that aided the discussion:

The major bright spot of the hearing was when retired Navy Commander (CDR) Kirk Lippold spoke during his allotted five minutes. Lippold was the man in charge when the Al Qaeda-claimed attack on the USS Cole occurred in Oct. 2000.

Lippold was not shy in his remarks, saying, “Keeping Guantanamo Bay open is more important now than ever before in the war effort.”

Make no mistake. We are constantly in the War on Terror, but our military has been handicapped because the current “intelligentsia” in Washington would prefer to lead from behind.

Lippold also spoke of the excuses, and they are nothing more than excuses, people come up with that put the United States in imminent danger all for the purpose of showing how tolerant they are.

He said, “Today, many people demand that the detention facility be closed, and some of the more socially popular reasons include: ‘It’s a recruiting tool. It’s too costly. It’s a human rights embarrassment. The detainees have a right to a trial.’ All these reasons are specious and fail to hold up to the facts when people take time to understand the true nature of the facility.”

Lippold concluded his statement by doubling-down on the need for a place such as Gitmo.

Gitmo has always been a controversial facility because of entities like the United Nations (who seem to think they have a say in how we run our country) and Amnesty International (who would prefer if the world had no borders and constantly looked like a United Colors of Benetton ad). However, it wasn’t until President Obama ran for office in 2008 that talks of closing Gitmo became commonplace. His constant meandering on about how bad the United States was for treating the terrorists like terrorists gave his followers the ammunition they needed to give international killers American rights.

For Lippold's full statement, watch below: