How do you combat the fascistic Left who have recently ramped up their defamation of all people who disagree with them as Nazis? You fight fire with fire, of course. At least that’s what one conservative-leaning street artist did in West Hollywood recently.

Street artist SABO designed multiple posters in the style of the old Nazi propaganda posters and began hanging them outside liberal establishments. The posters are meant to show liberals how hateful their rhetoric is, while telling viewers of the posters that they shouldn’t buy from Republicans or that the Left should shun Republicans at every turn.

The posters read in both English and German. The messages range from statements as simple as “Republicans are forbidden” to “Buy only at Democrat shops.”

It’s a very powerful artistic statement that goes to show that the Hollywood Communistic cult — along with the media and politicians — has no idea how dangerous it is to falsely label people while calling for violence against them.

Here’s some photos of the very dark posters (via SABO's Facebook page): 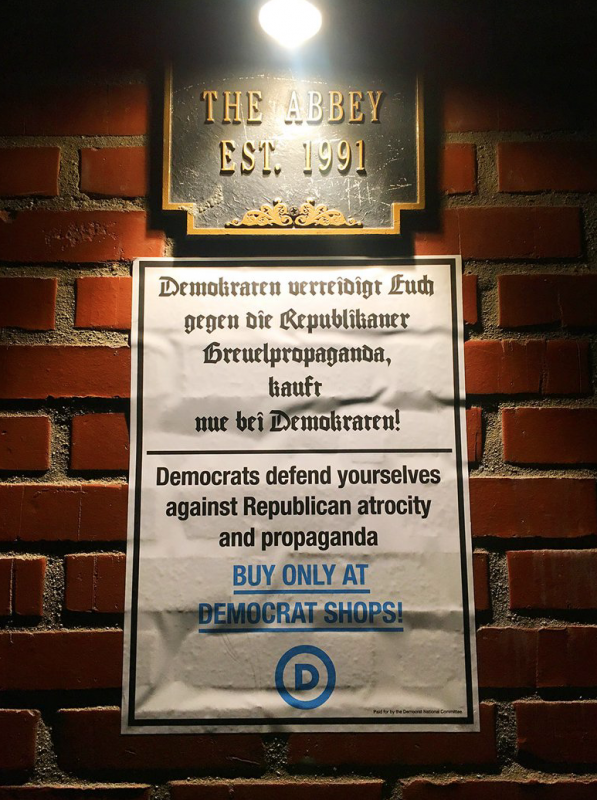 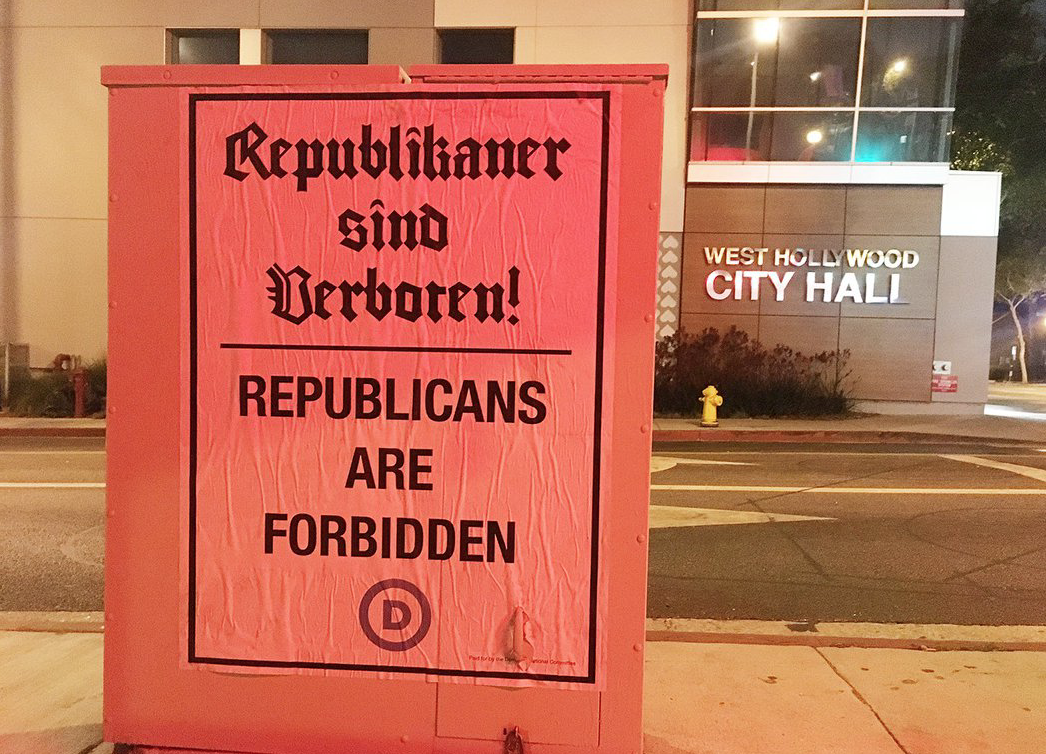 Does that frighten anyone else? It should.

The Left use the word “Nazi” so often to describe others that it makes you wonder if they’re trying to hide their true identities. The majority of Socialists and Communists in the U.S. reside on the Left, so why is it that everyone but them are considered Nazis? Projecting much?

SABO is offering the posters for free for anyone that wants to download and print them for their own use.

Good for SABO for giving the radical Left — which seems to be an ever-growing demographic lately — a taste of their own medicine.