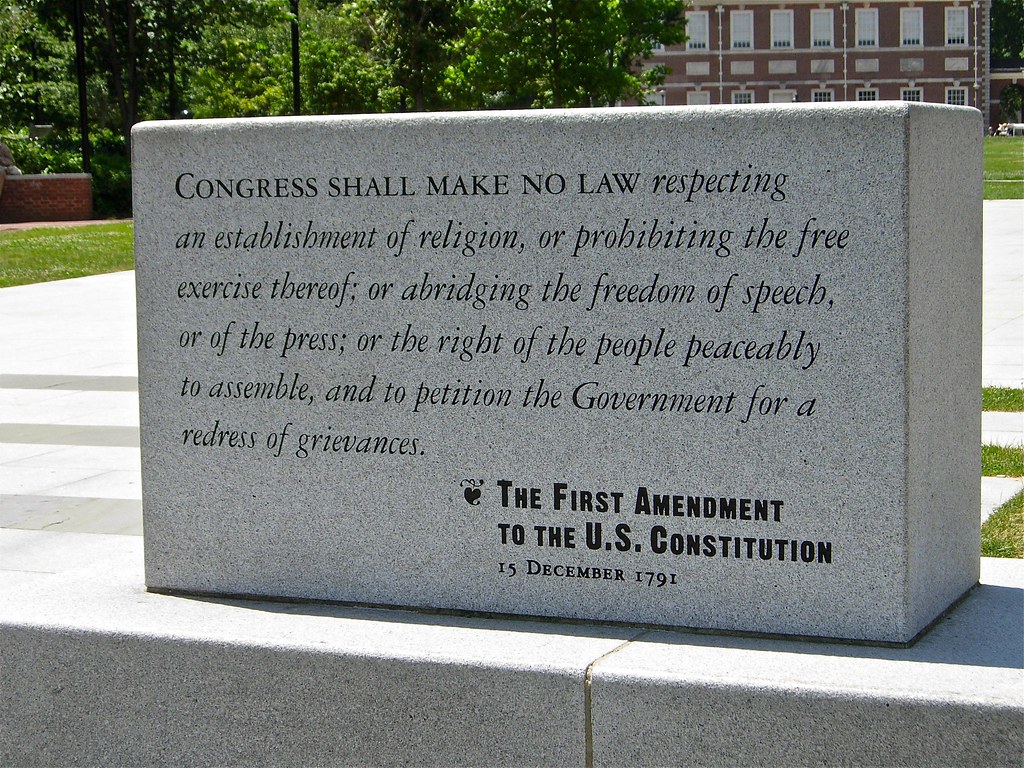 On Monday, the Newseum Institute released the findings of their annual ‘State of the First Amendment’ survey for 2016, explaining:

This report – conducted this year in partnership with USA TODAY – summarizes the findings from the 2016 survey and, where appropriate, depicts how attitudes have changed over time.

According to the summary, 39 percent of Americans were unable to name a single liberty protected by the First Amendment,

That's right. More than one third of Americans were unable to name one freedom protected by this amendment, which includes freedoms of religion, speech, assembly, press, and petition.

Considering it’s more often than not that we hear about academic communities and even social media sites attempting to censor speech they disagree with, this percentage is alarming, as it will only contribute to a greater ignorance and greater desire to censor those who speak out against the predominant political agenda.

Exactly half of respondents said a government official should be required to provide marriage certificates to same-sex couples even if it violates the official's religious beliefs.

Additionally, 74 percent said they believed that the media attempts to report without bias.

But it doesn’t end there. A survey conducted by the Newseum following the mass shooting in Orlando showed 59 percent of repondents said they supported religious freedom -- with a slight caveat:

Respondents believed all religious practices should be safeguarded, regardless of how extreme they considered those views.

Sounds like a great step forward for Sharia law.

The survey was administered in May via telephone to 1,006 American adults. Participants were asked various questions about the First Amendment, media biases, the 2016 presidential election and government intervention in social issues such as gay marriage and privacy.