Report: More than Half of Children in U.S. Expected to Be Minorities by 2020

According to a new U.S. Census Bureau report released Tuesday, more than half (50.2%) of the nation’s children are expected to be a part of a minority race or ethnic group by 2020.

Entitled “Projections of the Size and Composition of the U.S. Population: 2014 to 2060,” the report examines the total U.S. population, native and foreign born.

Other major findings include the following:

The agency emphasized twice in the report that their data does not include "factors that might influence the levels of population components, policy decisions for example," such as President Obama's executive action on immigration.

"Factors that might influence the levels of population components, policy decisions for example, cannot be predicted with any degree of certainty," reports the U.S. Census Bureau. "Therefore, no attempts are made to incorporate these into the assumptions that produce the projections."

"Thus, if actual trends or levels in fertility, mortality, or international migration differ radically from the assumed trends and levels, the population projections will be less accurate."

That being said, the Census' projection of merely 78 million immigrant residents by 2060 could be grossly inaccurate. 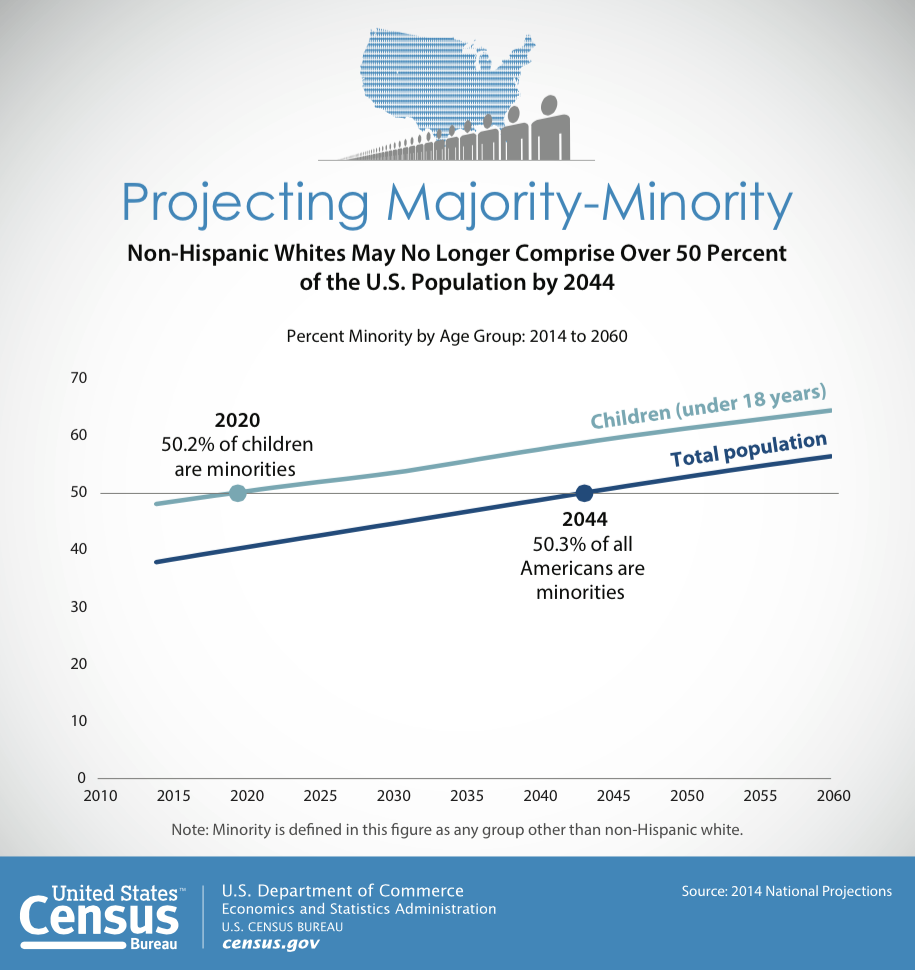 report
more than half of U.S. children expected to be minorities or part of an ethnic group by 2020
Census Bureau
donate
mrc merch