Report: Border Agents May Begin Releasing Illegal Aliens Without a Notice to Appear In Court

Border agents in the Rio Grande sector – one of the busiest along the Southwest U.S. border – are considering releasing illegal aliens into the United States without even a notice to appear in court, saying they’ve run out of room in border facilities even to process the necessary paperwork.

Because it’s not bad enough that the Biden administration was already turning people loose with a court date many of them will ignore – now, we’re not even doing that much.

The scoop comes courtesy of Fox News, which reports a source told them the new policy is now being discussed as border agents and detention facilities are being overwhelmed by massive waves of illegal migrants, including unprecedented numbers of families and unaccompanied children and teens. Thanks to the lack of space even to hold people for the few hours it takes to given them their court date, border officials are now considering releasing asylum applicants into the interior of the country “nearly immediately” after apprehending them at the border, putting the onus on the migrant to contact an immigration attorney and set up their own hearing.

Related: 13,000 Migrant Kids Are Expected to Cross the Border In May, Signaling a Massive Problem For Borderless Biden

The odds of which are about like expecting AOC to correctly solve a math equation - i.e., not good.

Fox News reports the source told them the border crisis, the seriousness of which the Biden administration refuses to acknowledge, has "become so dire that BP [Border Patrol] has no choice but to release people nearly immediately after apprehension because there is no space to hold people even to do necessary NTA paperwork."

More than 100,000 illegal aliens were apprehended in February alone, marking a massive - and unyielding - uptick in the number of migrants streaming across the border. Border facilities in the Rio Grande Valley Sector are currently operating at over 700 percent capacity, buckling under a migrant wave that shows no signs of stopping anytime soon, and every sign of actually increasing in severity. Overflow facilities have already been opened to deal with the influx of families and unaccompanied children and teens. Photos from one such facility recently opened in Donna, Texas and posted by Texas Democrat Henry Cuellar show hundreds of bodies, mostly of unaccompanied minors, crammed together on concrete floors under space blankets behind chain-link fences. 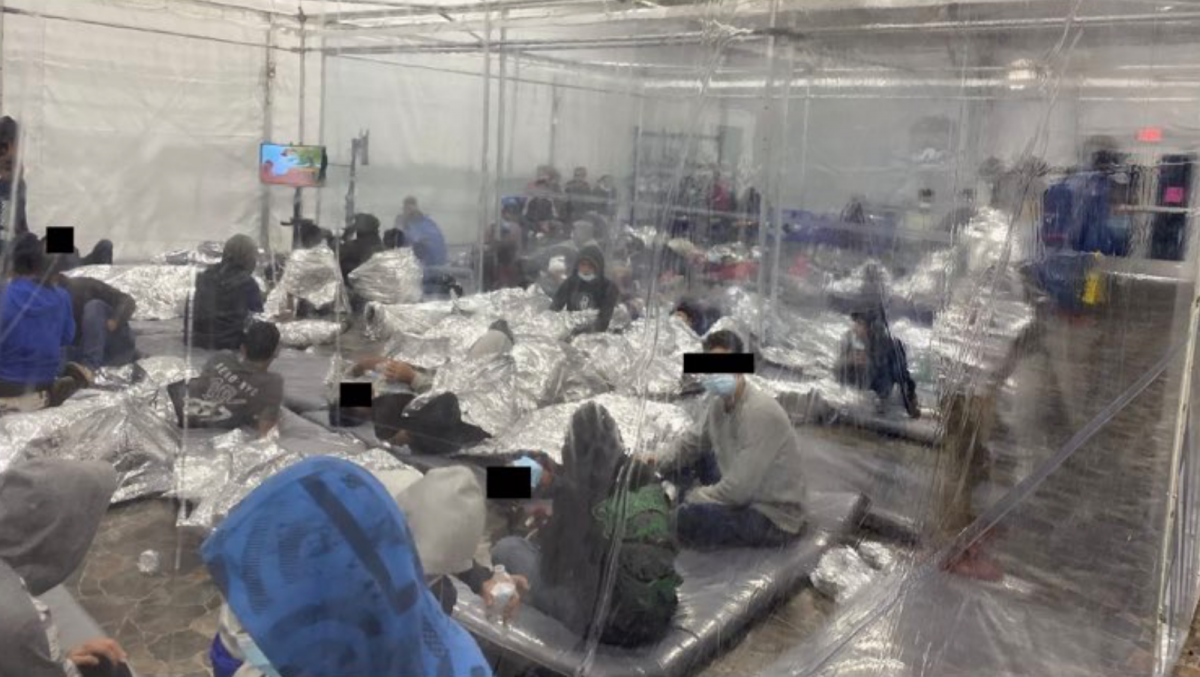 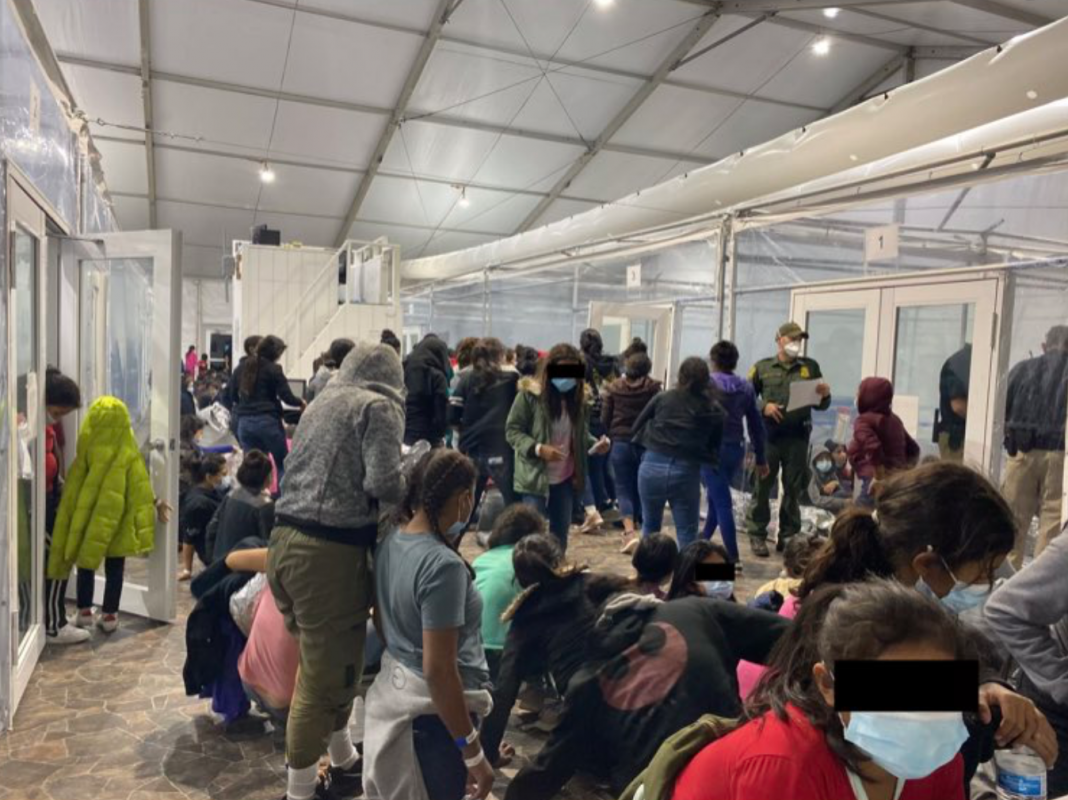 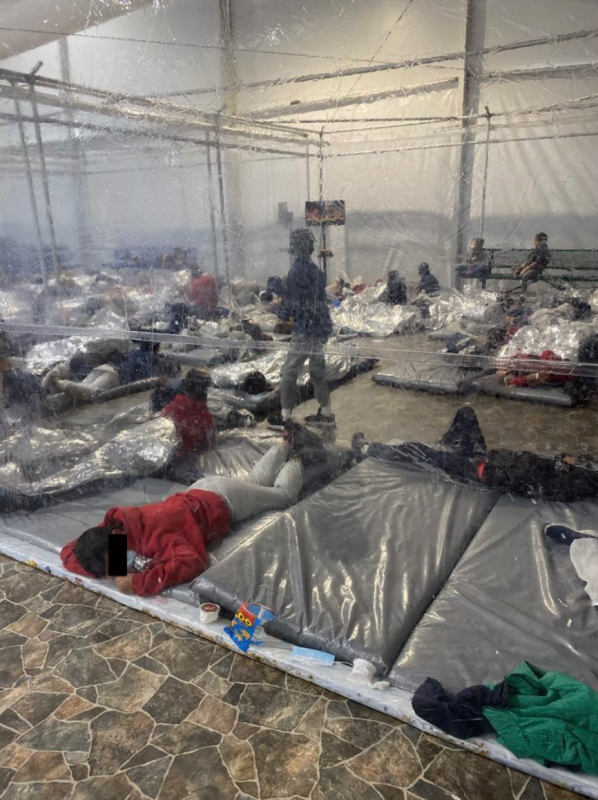 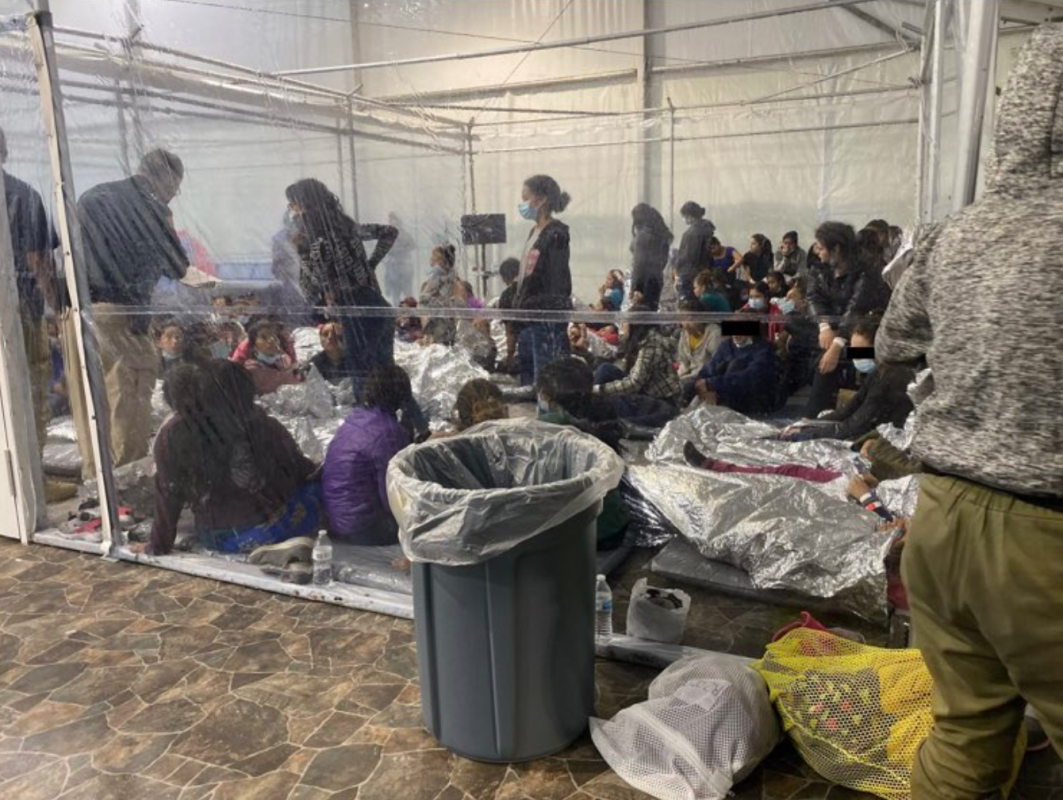