If you happened to hear the sucking of wind or the puckering up of lips on Thursday, that’s because liberals all over the world were observing failed Democratic presidential nominee Hillary Clinton’s 70th birthday. One tweet in particular really tested people’s gag reflex.

Ready? Here it is:

Did you taste your last meal like I did just then? Mmmmm, sausage and egg bagel — sorry.

It’s tweets like this that make it impossible for anyone with half a noodle in their pasta bowl to take politicians seriously. Other Twitter users put on their best sarcasm hats and responded to Lewis’ ridiculous tweet with equally, but actually funny, ridiculous responses. 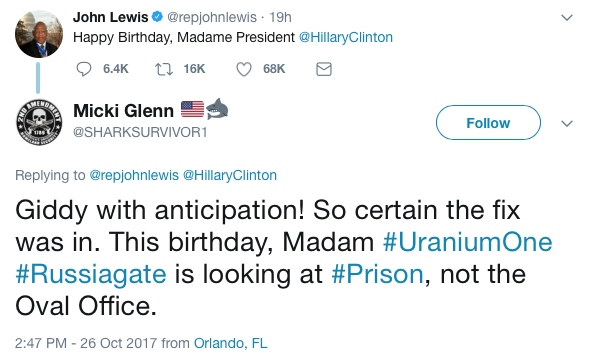 That was cold as ice, yet warm with ironic "Hillarity." See what I did there?