Rep. Huelskamp: SCOTUS Protecting 'Systematic Hatred of the Unborn and Their Mothers' 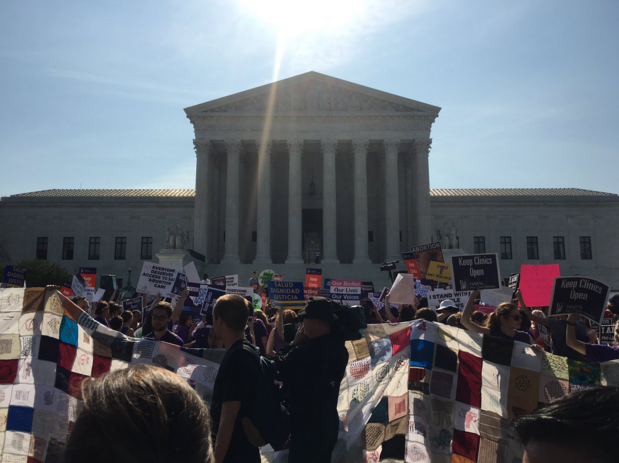 Whip for the Congressional Pro-Life Caucus Rep. Tim Huelskamp (R-Kans.) released a statement on Monday in response to the Supreme Court’s decision in Whole Woman's Health v. Hellerstedt to strike down a Texas women’s health law requiring abortion clinics to adhere to the same health and safety guidelines as all other ambulatory surgical centers and for physicians performing abortions to have admitting privileges to a local hospital.

“It is unconscionable that the Court today protected Big Abortion profits, not women’s safety,” said Huelskamp. “With this ruling, these five justices enable substandard, filthy conditions to persist within abortion mills across America.”

In a 5-3 decision, the Supreme Court ruled the Texas law unconstitutional as an “undue burden” on a woman’s right to decide to have an abortion.

Huelskamp argued that the ruling has nothing to do with upholding the Constitution, but "everything to do" with protecting “Big Abortion” and its “systematic hatred of the unborn and their mothers.”

“As we all saw in the wretched, inhumane conditions of the abortion mill operated by the monster Kermit Gosnell in Philadelphia, abortionists profit off women and the innocent unborn," he argued. "Protecting the Big Abortion industry from common sense health and safety standards has nothing to do with the Constitution – and everything to do with greed and a systematic hatred of the unborn and their mothers."

Similarly, Sen. Jim Inhofe (R-Okla.) released a statement expressing his disappointment in the Supreme Court for getting in the way of the state’s ability “to regulate abortion clinics the same as they do for any other medical facility that performs outpatient procedures.”

“The one silver lining to this ruling is that Texas’ ban on abortion after 20 weeks was not challenged,” he wrote.

Concerned Women for America (CWA) issued a press release criticizing the decision as “a great setback for women’s health and safety” and a clear example of judicial activism run amuck.

“For that is what this case was about, not abortion,” CWA writes. “It is simply a complete fabrication to say that the Constitution somehow demands that these laws be struck down. Worse, the outcome of this case represents what we have known for a while now, that we have a deep problem of judicial activism.”

Others including Priests for Life and the Family Research Council have condemned the SCOTUS ruling as a loss for women.