Rep. Conyers Re-Introduces Bill for a Commission on Reparations for Slavery 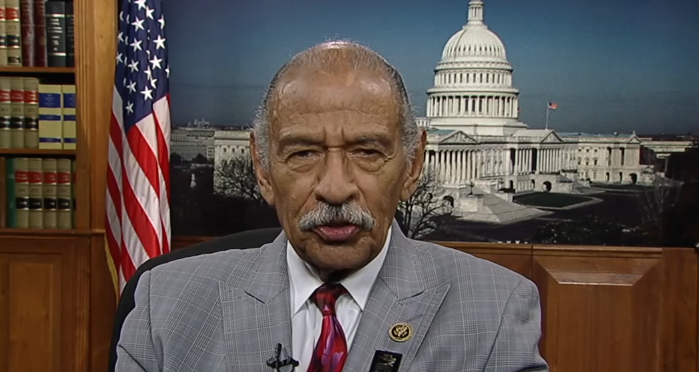 Slavery was one of the worst periods in the history of the United States of America. That is why Michigan Democrat Rep. John Conyers, along with the Congressional Black Caucus, are pushing for Congress to set up a commission to decide whether black people in this country should receive reparations and an apology from the U.S. government.

According to the Washington Examiner:

Conyers' new bill wasn't released as of Wednesday, but the version of the bill proposed last year found that 4 million blacks were enslaved in the U.S. from 1619 to 1865. It said the commission would examine the entire history of slavery, and then make recommendations on whether the U.S. government should apologize for slavery, and whether reparation payments are warranted.

Shouldn’t the money come out of liberals pockets since the Party they support were the ones who fought a Civil War to protect slavery and voted against every single anti-slavery measure brought before Congress?

Critics say that was the “old Democratic Party,” but history and facts dictate differently.

Historian and documentarian, Dinesh D’Souza, wrote this for Fox News back in July 2016:

The Democrats were also the party of slavery, and the slave-owning mentality continues to shape the policies of Democratic leaders today.  The point isn’t that the Democrats invented slavery which is an ancient institution that far predates America.  Rather, Democrats like Senator John C. Calhoun invented a new justification for slavery, slavery as a “positive good.”  For the first time in history, Democrats insisted that slavery wasn’t just beneficial for masters; they said it was also good for the slaves.

It was a very smart move by Conyers to try and set up a commission to determine only the possibility of reparations. This way, the subject can continue to be debated in Congress for years to come, adding to the multiple decades that Conyers has been pushing for such a measure.

This is a sensitive topic, but if such a measure were to ever pass, should black people who have no ties as descendants of slaves also receive reparations just because of the color of their skin?

And another thought: should Jewish people receive reparations from Egypt as an apology for the slave trade that ran rampant a couple of millennia ago?