Rep. Clyburn: Trump Will Bring Segregation Back to America 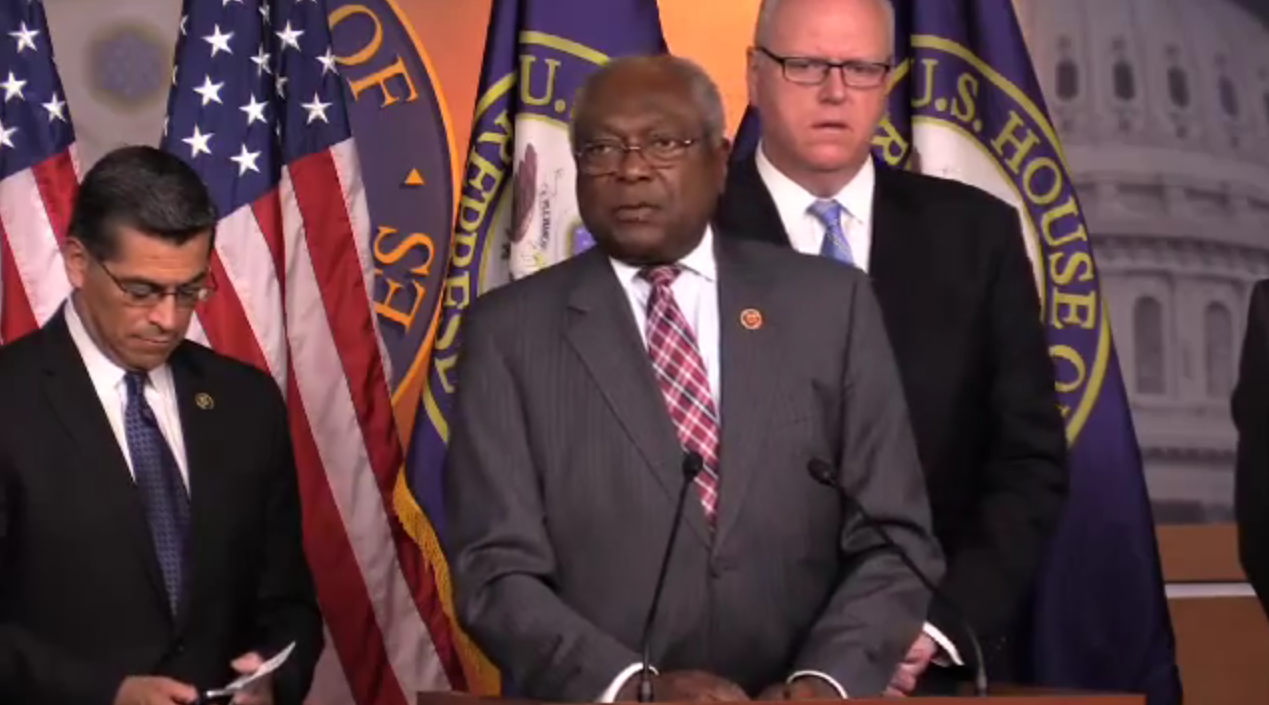 During a press conference with House Democrats, Clyburn said:

I think that what we have seen in recent weeks has been the culmination of activities which started way back in the 1930s, when this country was trying to recover from the Great Depression. Those programs that were developed to bring us out of the depression, Franklin Roosevelt had to succumb to Republican opposition by hanging little tags on CCC [Civilian Conservation Corps], the WPA [Works Progress Administration]… They had little tags on them of ‘White only.’ And, in my part of the country, that continued into the 1940s.

This has been building for a long, long time and the American people should take a look at what has been going on and this campaign and reflect a little bit on our history and ask ourselves, ‘Do we want to revisit those days?’ ‘Do we want to see the pendulum swing so far to the right as to take us back to relive those days?’ I don’t think so.

Let me take you back to the beginning of the 1960s. In the 1960s, the Republicans kicked off their campaign with uhm, Goldwater, uh, opposition to the Civil Rights Act. That was the foundation from which he built his campaign. If you go to the 1970s, Richard Nixon built his campaign on what he called the ‘southern strategy,’ which he rode into the presidency. If you go into the 1980s, when Ronald Reagan left his convention, newly nominated to be the presidential standard-bearer for the Republicans, where was his first speech? He went straight for Philadelphia, Mississippi. What is Philadelphia, Mississippi known for? That’s for those three civil rights workers who were murdered. His first speech as a nominee was in Philadelphia, Mississippi in 1980. So when you see this kind of foundation being laid over time, I’m not surprised to see that Donald Trump has decided that this is the way to become president of the United States.