The media lost their collective mind Wednesday, claiming that Donald Trump had reportedly labeled all immigrants "animals" during a round table with local law enforcement leaders.

He hadn't, of course. He'd actually been referring to violent criminal aliens such as MS-12 gang members, who routinely rape, murder, kidnap and traffic people across America. But that pertinent detail didn't stop the media from the New York Times and the Associated Press to the major television networks from accusing Trump of insulting immigrants en masse.

Even after Twitter called out the press for their erroneous reports, some journalists, like CNBC's John Harwood, doubled down on their criticism, saying that Trump shouldn't have even referred to vicious gangbangers as "animals."

On that note, I'm just gonna leave this one here - it's CNN regular contributor Ana Navarro calling Trump an "animal" during the 2016 presidential campaign, and suggesting the now-president should just "drop out of the human race." 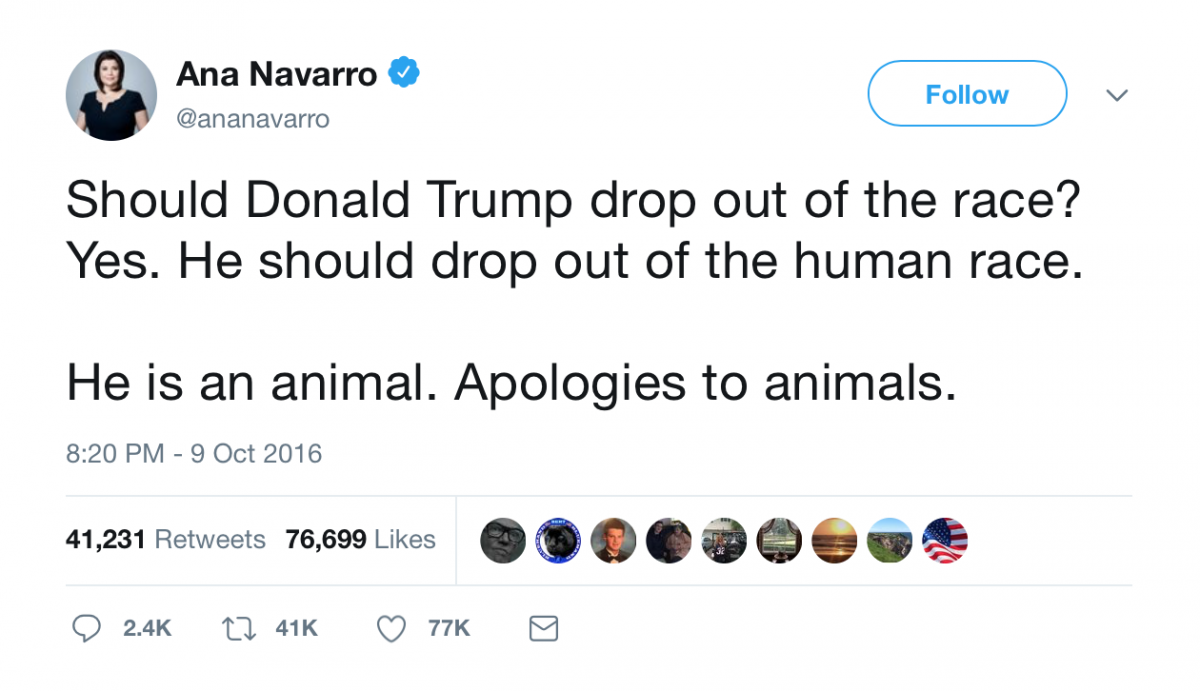 But, of course, no one on the left flipped out over that one.

So would you guys like to be the pot or the kettle, lefties? We'll let you decide.