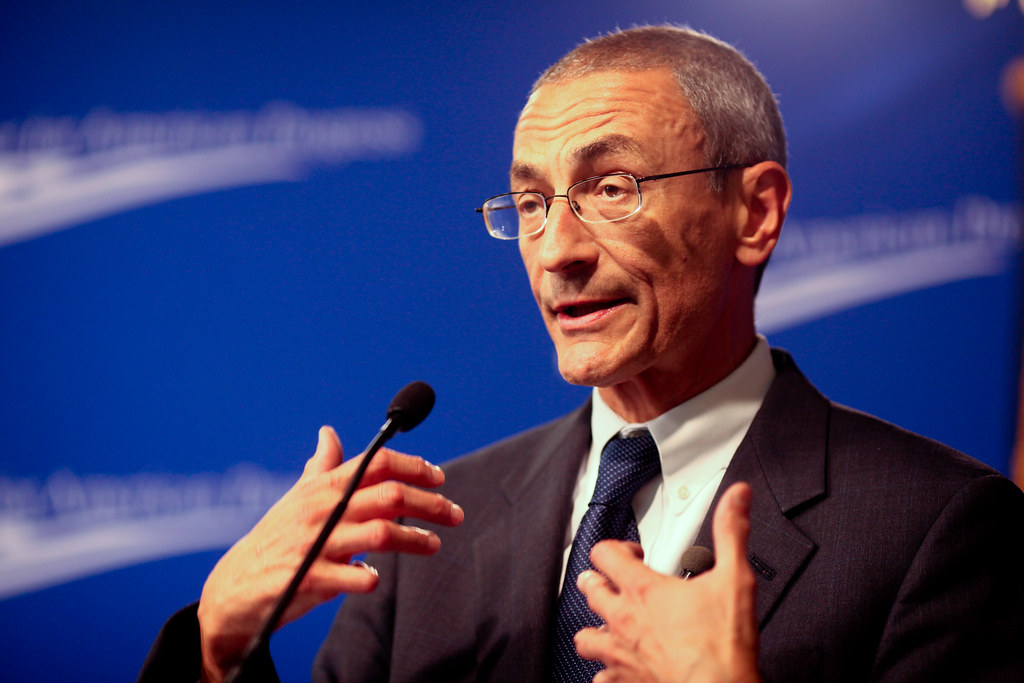 A newly released email exchange shows Hillary Clinton campaign chairman John Podesta and Voices for Progress president Sandy Newman discussing an “opening for a Catholic spring” to move the religion away from “a Middle Ages dictatorship.”

In the conversation released by WikiLeaks as part of the “Podesta leaks,” Newman wrote an email to Podesta titled, “Re: opening for a Catholic Spring? just musing . . .”.

In his email, Newman writes he believes “There needs to be a Catholic Spring, in which Catholics themselves demand the end of a middle ages dictatorship”:

This whole controversy with the bishops opposing contraceptive coverage even though 98% of Catholic women (and their conjugal partners) have used contraception has me thinking . . . There needs to be a Catholic Spring, in which Catholics themselves demand the end of a middle ages dictatorship and the beginning of a little democracy and respect for gender equality in the Catholic church. Is contraceptive coverage an issue around which that could happen. The Bishops will undoubtedly continue the fight. Does the Catholic Hospital Association support of the Administration's new policy, together with "the 98%" create an opportunity?

Newman admits that his perspective, however, may be based on a “total lack of understanding of the Catholic church,” but he is still curious how to “’plant the seeds of the revolution’”:

Of course, this idea may just reveal my total lack of understanding of the Catholic church, the economic power it can bring to bear against nuns and priests who count on it for their maintenance, etc. Even if the idea isn't crazy, I don't qualify to be involved and I have not thought at all about how one would "plant the seeds of the revolution," or who would plant them.

Podesta confirms he believes Catholics in Alliance for the Common Good and Catholics United were created to “organize for a moment like this”:

We created Catholics in Alliance for the Common Good to organize for a moment like this. But I think it lacks the leadership to do so now. Likewise Catholics United.

Podesta also agreed with the concept of a “Spring movement” suggested contacting other people to move it along:

Like most Spring movements, I think this one will have to be bottom up. I'll discuss with Tara. Kathleen Kennedy Townsend is the other person to consult.

Catholics in Alliance for the Common Good claims to be an organization dedicated to inclusiveness and promoting the “social justice mission of Pope Francis and the Catholic Church.” It has been criticized for its Progressive views on social issues.

Another set of released emails reveals Podesta and Clinton allies mocking Catholics for their faith. One of the emails shows Clinton campaign communications director Jennifer Palmieri saying people become Catholic because it is considered “the most socially acceptable politically conservative religion.”