The 'Real' U.S. Unemployment Rate Is the Lowest It's Been Since December of 2007 The unemployment rate in March 2017 was 4.5 percent, down from 4.7 percent in February 2017, marking two straight months of job growth. 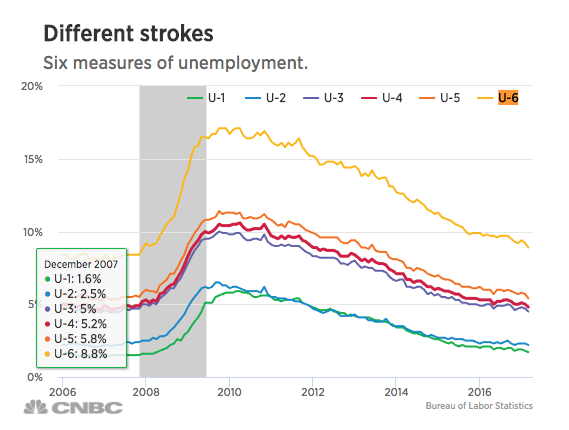 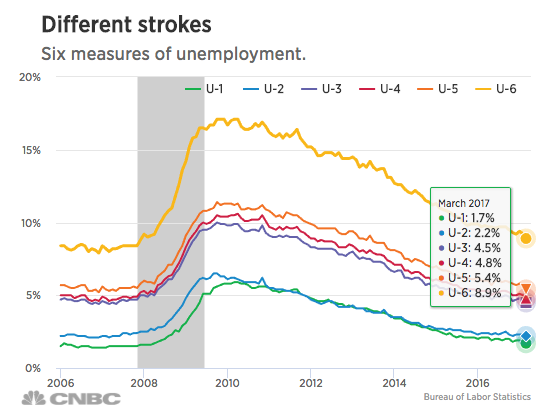 The chart provided on the Bureau of Labor Statistics website also shows the U6 unemployment rate is the lowest since Dec. 2007:

While the unemployment rate decreased between February and March, the labor force participation rate stayed at 63.0 percent, up from 62.9 in January.