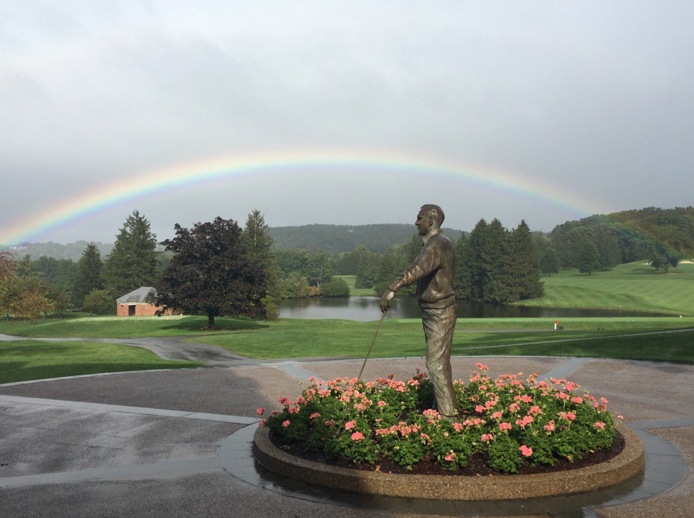 Golfing legend Arnold Palmer was laid to rest on Thursday in his hometown of Latrobe, Pennsylvania.

Palmer’s ashes were spread at the Latrobe Country Club during a private service attended by a few family members and close friends.

Shortly after the ceremony, something beautiful happened.

A rainbow appeared over the country club:

On the day he was laid to rest! pic.twitter.com/TbaXMfMv7U

Check out this rainbow over Latrobe. They're calling it Arnie's Rainbow. pic.twitter.com/h9vfwffLBm

He later added on Twitter, “When Arnold Palmer wants to play through, you let him.”

When Arnold Palmer wants to play through, you let him. pic.twitter.com/DP27MuXmdB

Arnold Palmer passed away on Sunday at the age of 87.

He is commonly regarded as the King of men’s professional golf.