A British street artist who goes by “Plastic Jesus” – seriously, I couldn’t make this up if I tried – installed metal bars over Donald Trump’s star on the Hollywood Walk of Fame in protest of the 45th president, saying he deserves to be in jail. 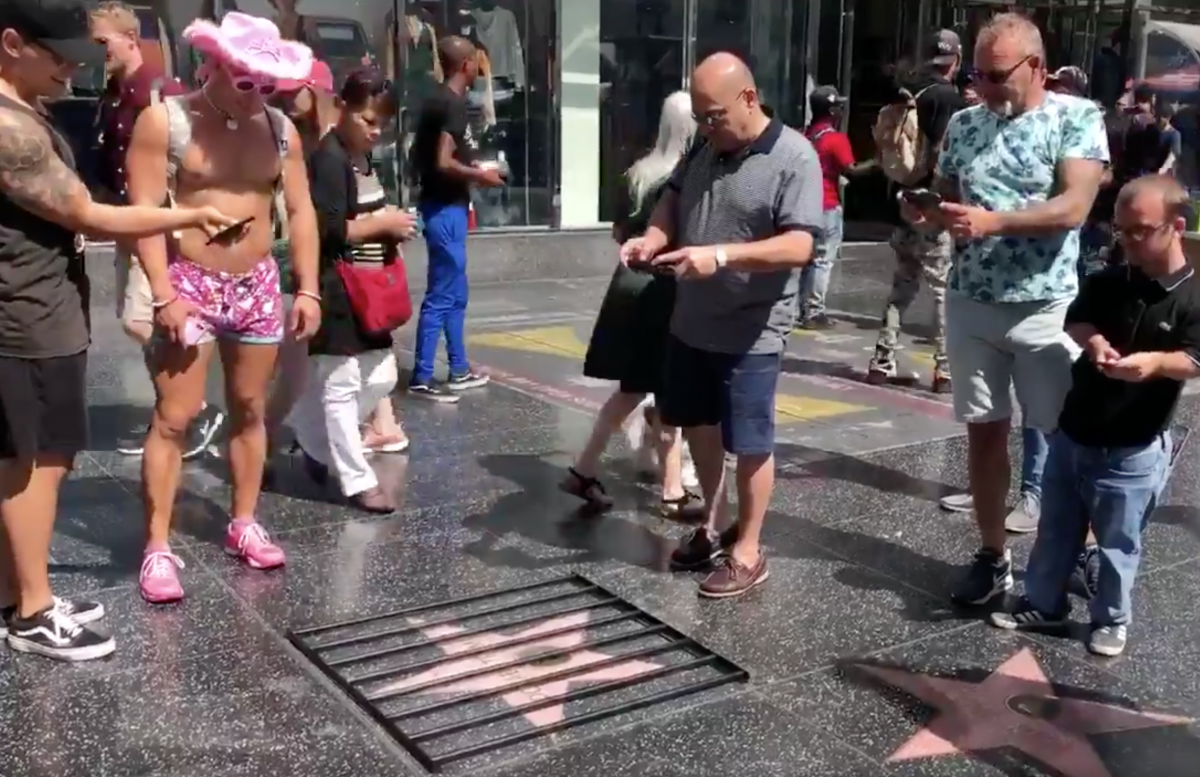 “There have been calls to jail Trump since the day he was elected, and today he was certainly put behind bars,” Plastic Jesus told the Huffington Post in an email, seemingly unaware that putting little bars over a chunk of sidewalk does not, in fact, incarcerate the president.

Now, I’m not sure whether this counts as an act of vandalism, considering the bars were apparently stuck to the sidewalk with industrial strength double-sided tape. Plastic Jesus told the Huffington Post he wanted to make his point with his…er, “art”…without getting in trouble for damaging the star.

“I wanted them to stay down but didn’t want a bill for thousands of dollars to repair the footpath,” he said.

The bars stayed down for several hours, despite attempts from one pro-Trump passerby who tried to pull it up.

HuffPo added this isn’t the first time Plastic Jesus has targeted Trump’s star (since messing up a small patch of cement and marble is such an effective way to evoke change and sway public opinion). Back in 2016, he erected a temporary “border wall” around the star complete with barbed wire and a mini American flag.

The star was most recently replaced in July after a guy chopped it up with a pickaxe.