All of those things put together created the perfect cocktail in order to acquit defendant Jose Ines Garcia Zarate for the murder of 32-year-old Kate Steinle.

People are dumbfounded and NOT happy. Well, unless you're a liberal. In that case, you believe that the "justice" system worked for them.

The response on Twitter has been overwhelming, and the verdict has been one Twitter's top trending topics since the news broke that Zarate was found not guilty of killing an innocent woman. However, you wouldn't know it by looking at prominent liberals' Twitter pages.

Here are the names of those who haven't said a word about Zarate getting away with murder (As of this writing 10:15 am, Dec. 1):

As for the portion of Twitter that recognizes murder as a punishable offense, here was their reaction: 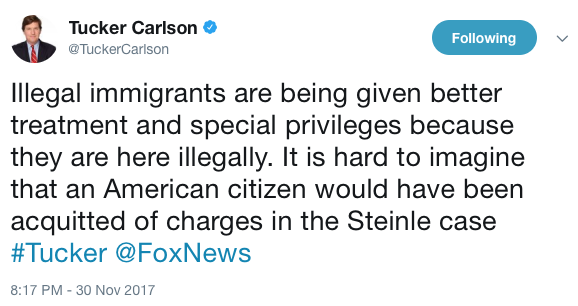 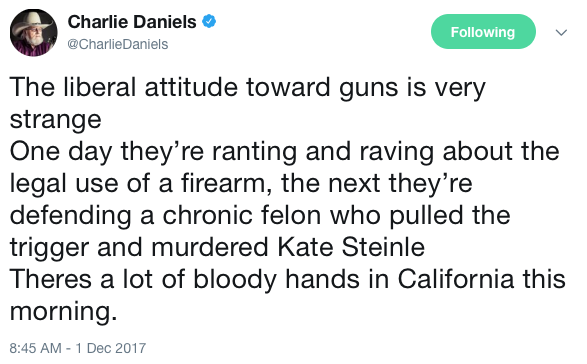 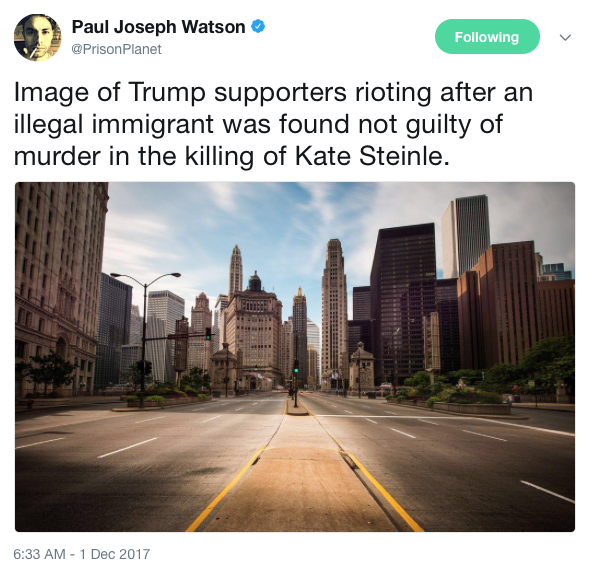 Thanks to San Francisco for their continued ignorance.